Sisters of Service - The Bend Magazine 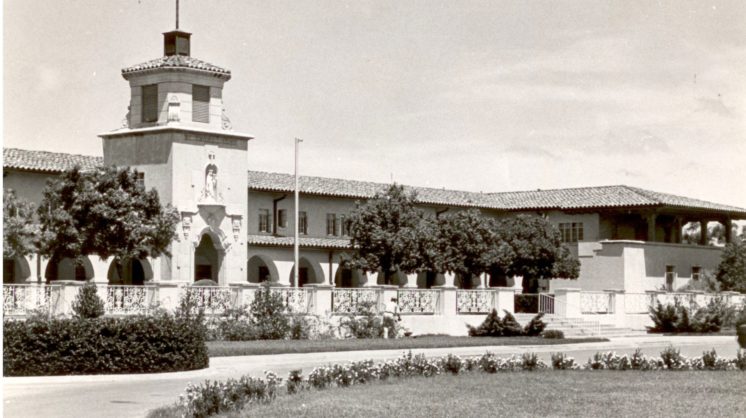 The history of the women of the Carmelite Sisters of the Divine Heart of Jesus spanned 92 years, during which they cared for children and the elderly. The order began operating a nursery school for the Diocese of Corpus Christi in 1925, caring for children whose parents worked or who had lost a parent, leaving the other to work.

In 1945, they began raising funds to also care for the elderly and walked the city taking donations. Although the Spanish architecture of the building made it appear much older, the groundbreaking ceremony was held on Dec. 14, 1952. Upon opening in 1954, it housed over 60 residents, with convent housing for eight sisters. It was the first and only home for the elderly in Corpus Christi for more than 40 years, and welcomed people of all faiths.

The building expanded in March 1967 to accommodate 90 residents and 19 sisters, adding a chapel, dining room and other needed amenities, including air conditioning. For 63 years, the Carmelite Sisters performed valuable service to families of Corpus Christi by providing a safe home for their family members who needed assistance with living their daily lives.

Unfortunately, time was not kind to the building, and it needed an estimated $17 million of repairs to continue operating. Eight sisters, 30 residents and community members attended a final mass said by Bishop Mulvey before the home closed in 2017, and it was demolished in 2020.