The Next Ten Years - The Bend Magazine 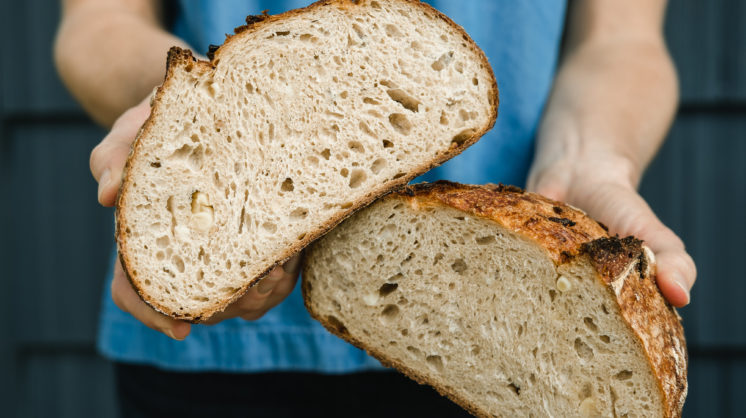 It’s been a little over 9 years since Hollie and Aaron Schaub started Fed by Bread, a nonprofit that donates 100 percent of its earnings to feeding children in sub-Saharan Africa. Since moving to the Coastal Bend from Guam, the Schaubs, through Fed by Bread, have donated more than $90,000 to a program for kids’ lunches in Rwanda called Africa New Life. Now, Fed by Bread is slowing down and focusing on raising their family here.

“In the past two years we’ve adopted one child, and now we’re in the process of adopting another. We started without kids, and now we have four,” says Hollie. “When you have kids, you’re now transitioning from being a world-changer to raising world-changers. A lot of why I wanted to do this was so they could see that they were a part of this, and their family was part of contributing. Life isn’t about us, it’s about loving others and using what we’ve been given to love other people.”

Hollie shares that it hasn’t always been easy. “A lot of the trials have been growing pains of trying to figure out how we do what we do. There’s no model; we’ve had to figure it out along the way, and it’s been kind of painful.” One of the challenges being that Fed by Bread doesn’t have a storefront. “The faithful people that have heard about us and make an effort to go online, order, and pick up their orders – we couldn’t have done it without them.”

The nonprofit will still exist; continuing with small-batch granola orders and subscriptions. Granola will still be available to purchase at Wildflowers and Jewels, and they’ll continue to partner with other businesses such as Driftwood Coffee and Eleanor’s Coffee Bar + Market. Profits will always benefit the feeding program with Africa New Life.

Aaron Schaub says his hope for the business is that it takes care of itself. Hollie shares that she hopes to transition into holding more baking classes, so that others can learn a skill that gathers people around their tables.

“The relationships, both in Rwanda and the people I’ve gotten to know in this community, how they have become friends and walked through the door – it’s not just about picking up their bread. The connections we have with people have helped us put down roots,” says Hollie.