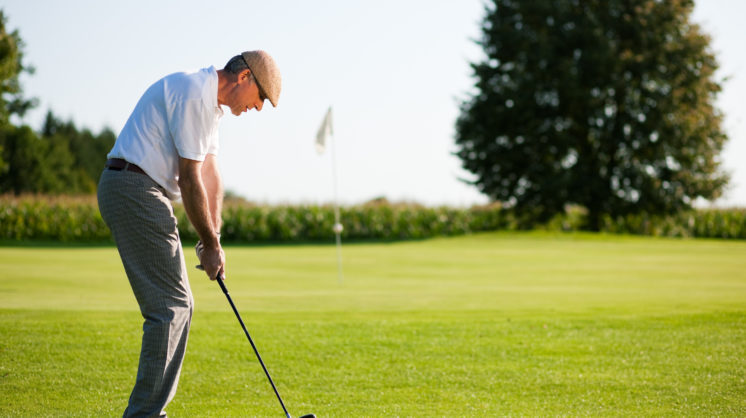 In November of 2016, Thanksgiving week, John Mills suffered three strokes. Immediately his doctor recommended he undergo double bypass surgery and eight months later, in July 2017, he was scheduled for the operation. During the operation, John’s surgeon discovered that Mills was also suffering from a major cerebral vascular accident in which two heart valves needed to be replaced. Then, just one day after his surgery, Mills had another stroke.

Prior to Mills’ elaborate medical episode, he was in the business of designing and creating golf clubs. When he lived in San Diego many years ago, he worked for a prestigious golf course where he met many influential people and personally made golf clubs for them. In addition, he would often get in one to two golf games per week in his spare time. If this sounds like a luxurious way to live, you are right. It was. Now eighty-four-year-old John has retired in the comfort of his own home and looks forward to the day he hopes to play golf again.

One the day after Mills had his post-surgery stroke, he woke up paralyzed on the right side of his body. That is when he was admitted to Corpus Christi Rehabilitation Hospital (CCRH) to undergo extensive physical therapy to regain movement in his arms and legs. “The whole administrative staff and the folks in the physical therapy area were wonderful,” Mills said. “I cannot say enough good things about them.”

Mills explained how grateful he felt for the CCRH team and their positive outlook. Their continued happy dispositions greatly influenced his recovery and helped him to heal faster. The medical staff pushed Mills to go as fast as he could in terms of regaining mobility because they truly cared about him being able to get back to what he loved doing: playing golf.

After a two-month stay at CCRH, Mills was well enough to go home. Nowadays, Mills knows that he will have to continue to work towards a full recovery and allows his desire to get back on the golf course to motivate his overall rehabilitation.