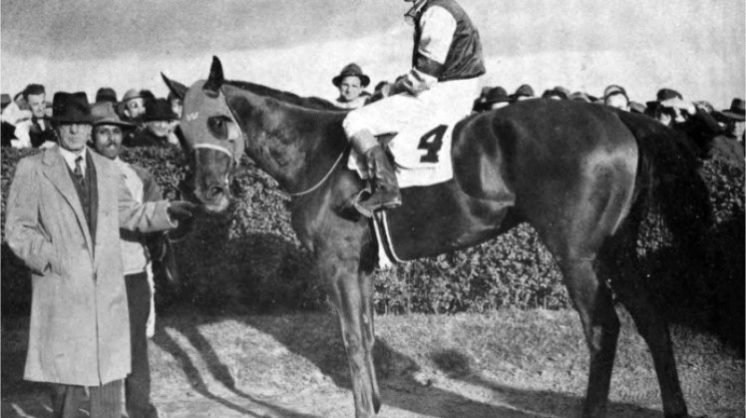 Captain Richard King and his King Ranch are well known in the agricultural world for making his land incredibly productive, including through several equine breed improvement programs. King started with mares and stallions running the Wild Horse Desert in the 1850s, and his ranch ended up with world-class Quarter Horses and award-winning Thoroughbred racehorses just decades later.

Assault went on to 18 victories, earning $674,720, despite a lifetime of health problems.  While he walked awkwardly, his full gallop was flawless – or as Max Hirsch, the King Ranch’s trainer, said, “There wasn’t a thing wrong with his action when he went fast.”

In 1946, Assault captured just the seventh Triple Crown in history. That year, he was also the U.S. Champion 3-Year-Old Colt and the U.S. Horse of the Year. After his Triple Crown, he raced less often until age seven, then retired to a life of leisure at the King Ranch, where he lived until he died in 1971 at the age of 28. Assault remains Texas’ only Triple Crown Winner.