Looking Back: Ritz Theatre's Next Act - The Bend Magazine 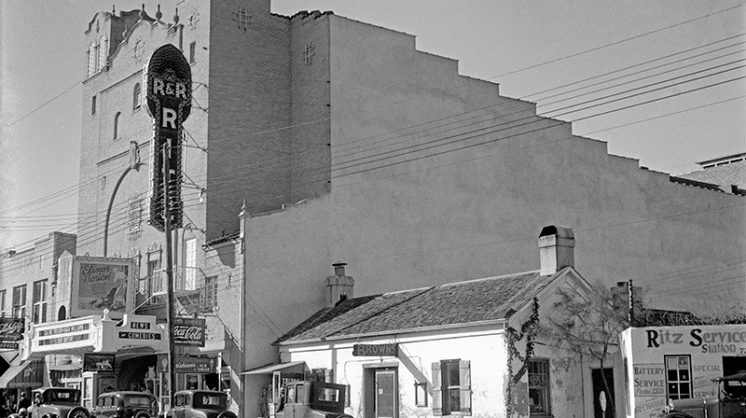 Constructed in 1929, the Ritz Theatre has brought culture and entertainment to Corpus Christi for 57 years. Its Spanish Renaissance design makes it a towering presence on Chaparral Street, one of our city’s main commercial areas in the early 1900s.

The theater’s interior, designed in the popular “atmospheric” style, features a blue sky with twinkling stars, giving theater goers the illusion of being seated beneath an open sky in an exotic Spanish courtyard.

Changes have been made to the Ritz over the decades. A proscenium arch originally framed the stage, but it was removed when the size of the movie screen increased. During World War II, bands came to the theater to entertain local military personnel. When the movies ended in 1972, the Ritz transitioned to hosting concerts, including Metallica and other big names.

Since its closure in 1989, the vacant Ritz has been awaiting its next phase. Preservation Texas named the Ritz one of the Most Endangered Historic Places in 2012. Visiting a restored atmospheric theater takes you back to another time—something that would be amazing to experience in our own downtown. By supporting the Ritz, we can all have a part in ushering this magnificent theater into her next act.