HER: Libby Averyt, Woman of the Year - The Bend Magazine 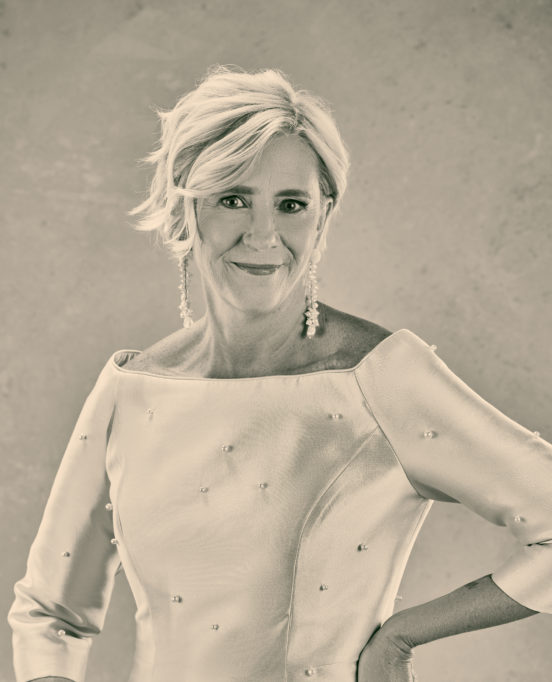 Libby Averyt doesn’t consider herself the “creative type” — though anyone familiar with her noteworthy career and journalistic gift for eloquently putting words together to share stories with others would beg to differ. Now, in what some might call a second act, Averyt’s vision continues to shine.

Today, she serves as the president and CEO of United Way of the Coastal Bend. She and the organization are responsible for distributing millions of donated dollars to local nonprofits annually. However, to understand Averyt now and the vital role she plays in our community, we must first understand how she got here.

Averyt spent just over 30 years rising the ranks at the Corpus Christi-Caller Times. From a young, eager reporter working three to midnight — covering cops and sleeping with a police scanner next to her pillow — to serving as the paper’s publisher, and later its first female president, Averyt’s career in journalism is both rare and remarkable.

She led the paper through three ownership changes in three years. That, paired with the digital landscape taking over newsprint, ultimately led Averyt to feel she wasn’t the person to lead the paper into its next chapter. So, in early 2017, she signed her name in marker on the walls of the distribution center, a tradition of past presidents dating back to 1945.

As the paper’s president and publisher, she embodied the idea that working to better the community is just as much a duty as the reporting itself. “While I may have gotten into journalism hoping I’d change the world, I became jaded about that very quickly,” she said. “But along the way, I realized life is more about trying to change the world one person at a time. You’re never going to change the whole world, but if I can live my life in a way that changes even one person’s world, then I think that’s a successful day.”

“While Libby acknowledges her achievements with grace and a complete lack of entitlement, what she is most outwardly enthusiastic about is the accomplishments of others. She is fiercely loyal, quick to brag publicly about someone else’s victory and lifts others up to help them achieve their own dreams. She is a staunch advocate of those who need a friend, open with professional advice and an excellent communicator. There’s no telling how many people have become better because of knowing her and how her impact has made the world a better place.”

Now at United Way, the same sentiment guides Averyt’s leadership. United Way’s Community Investment Fund, one of the single largest charitable contributions regularly made in the Coastal Bend, gave more than $2.6 million to 60 nonprofits in 2020-2021. In addition, the organization raised hundreds of thousands of dollars to distribute during the pandemic and aided significantly in the wake of the 2021 winter freeze. The annual Operation Supply our Students fundraiser raised a record-breaking amount of funds this year to help local students in need. For Averyt, this type of work has become her duty.

“I have been given so much in this community. It’s the longest I have ever lived somewhere, and I literally grew up here,” she said. “I have become a better person here. And I truly feel it is my responsibility, because I am so fortunate in a lot of ways, to help other people in this community.”

In the last two years, Averyt has been faced with her toughest job yet: Grief. Her husband Charles was diagnosed with an extremely aggressive form of liver cancer in February 2020 and died shortly after in June. Later that year, her mother passed, and in December 2021, she lost her sister.

“Grief is the hardest work you’ll ever have to do,” she said. “It isn’t something we ever get over; I think we learn to carry it and move through life differently because of it. There were a lot of gut-wrenching, drop to my knees and sob moments, but I’ve learned so much about myself and the way I want to move through this world because of these painful moments.”

Be it in sharing the stories of others or openly sharing her own journey, connecting with people and sharing life experiences have always been at the root of Averyt’s purpose in life. “The moments I treasure most in life, and in my career, are the moments of real human connection where we are vulnerable with one another and help one another,” she said. “At the end of the day, I think that’s why we’re here.”

Averyt got her first and only tattoo last January. Beautifully illustrated on her left forearm is a mandala filled in with jewel tones, which remind her of her beloved Charles, and the word “bloom” in script underneath. The last thing Averyt’s mother said to her before passing was to “go bloom.”

Though the tattoo holds a specific meaning for Averyt, it’s symbolic of how she inspires others. Averyt’s unique dedication to this community, in all capacities, has made room for countless others to bloom in their own right.