In Conversation with Joe Gazin - The Bend Magazine 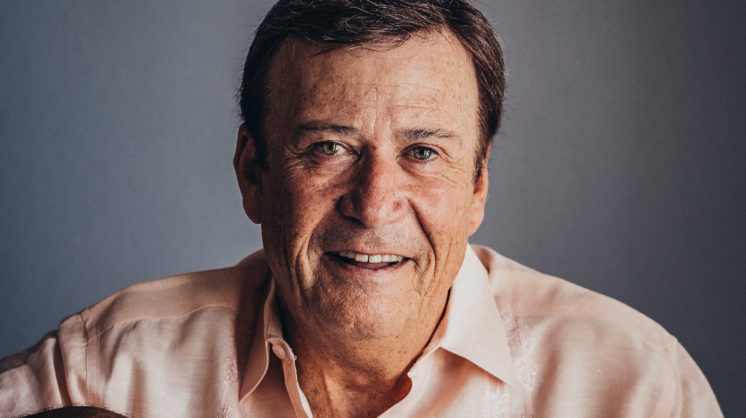 KC: You contributed more than 43 years of anchoring and reporting the news at KIII-TV, and 50-plus years in the broadcast industry as a whole. I’d love to hear what your journey looked like, and what initially drew you to the field.

JG: Wow, that forces me to think way back! I think as far back as junior high school, I discovered I enjoyed speaking to groups of people. Others at the time urged me to take advantage of that “gift.” I remember being enthralled with the various radio personalities in Los Angeles during the early ’60s, when I was in my teens. Just by coincidence, I met one of the DJs, Sam Riddle, at what was then the No. 1 rock station in L.A., KHJ-AM. He happened to be eating at a restaurant right next door to the station in Hollywood. Somehow, I got up the nerve to ask if I could sit in on his radio show. He agreed … and I was hooked!

I soon gravitated to talk radio, and then shortly after that, I began working for KABC Radio, the No. 1 talk station in Los Angeles. Eventually, in 1975, I moved to the small town of Wausau, Wisconsin, to get into television. In 1976, I began working for a TV station in the state capital of Madison. Then, in 1977, after a particularly brutal winter in Wisconsin, I was invited to come to Corpus Christi.

KC: How have you seen the industry change throughout the years?

JG: The television news industry has changed in so many ways since the early days. I like to take out my phone when talking to groups, and say, “The idea that you could use a phone like this to shoot video and broadcast live from anywhere in the world was simply unthinkable when I started.” The technology has been improving so fast, it’s almost scary! It’s difficult to imagine what we’ll see in the next decade. Also, if it seems that the people on the air have gotten younger, it’s not your imagination. That is kind of what got me thinking about moving on. When I had trouble understanding what my co-workers were saying and thinking, I knew the time had come.

KC: You’ve covered some of the area’s biggest news stories, from massive hurricanes to the death of Selena. Do you have any breaking news stories that still stand out to this day?

JG: Well, the murder of Selena in 1995 certainly stands out, as does the Rossler office shooting just a few days later. In that one, five people were fatally shot by a disgruntled employee, and then that person took his own life. There was also the grain elevator explosion in 1981 that claimed nine lives, and our live reports from Havana, Cuba; Tianjin, China; Bogota, Colombia; and Linz, Austria … talking about new economic opportunities involving the Port of Corpus Christi. We also broke the story from Washington, D.C., about Ingleside being selected as the new home port for the battleship USS Wisconsin. Those are just a few that come to mind.

KC: What was your favorite part of being on air? Any favorite memories you’d like to share?

JG: It was especially rewarding to me to see evidence that we actually used our influence to help people; to make things better. For example, at the end of a Driscoll Telethon, when we would announce a grand total, usually in the millions of dollars, I was often overcome with emotion knowing those funds would result in countless young lives being saved. That was always a really big deal to me.

KC: What is one behind-the-scenes aspect of local news people might be surprised to know?

JG: People always asked me if we were, in fact, delivering the news LIVE?  The answer is yes, absolutely! Very often, what people see on the air was finished just moments before. Also, many people are surprised to learn just how many people it takes to put a newscast on the air. Aside from the anchors and reporters, there are producers, camera and teleprompter operators, a director, an audio operator, video editors, engineers, several other production people, and of course, management and support staff.

KC: Tell us about your video production company and what this new chapter of your career looks like.

JG: My company is Legal Video Specialists LLC.  We work with top-notch attorneys around the country in producing mini-documentaries about their clients who have been severely injured, or about families that have lost loved ones due to someone else’s negligence. These videos are used primarily before or during mediations, in order to convince opposing attorneys or insurance companies they need to fully compensate those victims. These videos are considered “state of the art,” and often lead to settlements in the tens of millions of dollars. Frankly, there’s nothing like the feeling you get when you help deserving people get their lives back on track after a devastating injury or death.

KC: What are a few of your go-to local spots?

JG: The fact is, we don’t go out a lot. A night at a Hooks game at Whataburger Field or an event in Downtown Corpus Christi is about it for us. We tend to stay close to home on Padre Island, and frequent the local Island restaurants.