In Conversation with Dara Orbach, Ph.D. - The Bend Magazine 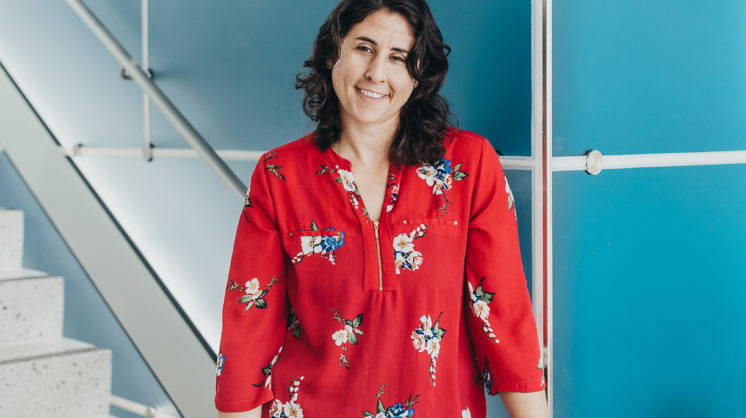 In conversation with the marine biologist, Dara Orbach, Ph.D., on the motion, findings and virality of her recent published study on dolphins mating for pleasure.

KC: Earlier this year, you, along with other researchers, published a study indicating that mammals other than humans, such as the bottlenose dolphin, have sex for pleasure. What was the initial motivation/inspiration behind the research?

DDO: My research has largely focused on marine mammal genital evolution for the past decade. When I share this with people, one of the main questions I get asked is “I saw it on a Snapple bottle — is it true that dolphins have sex for pleasure?” It was speculated that dolphins have sex for pleasure because they mate throughout the year, despite having a limited season during which they can conceive.

[Collaborator Patty] Brennan and I started thinking there may be more to the story, and we started planning how we could answer functionality questions using anatomy and outside-the-box thinking.

KC: In terms of these specific findings, what could the potential conservation impact be?

DDO: In humans, it has been shown that the contraction of vaginal muscles during female orgasm can enhance sperm travel through the female reproductive tract and potentially increase the likelihood of fertilization. Artificial insemination of endangered and threatened animals in managed breeding programs can vary widely in their success rates of fertilizing eggs. This may sound crude, but perhaps animal trainers could improve the success of breeding programs that use assisted reproductive technologies by stimulation first? There has been a deficit of research on female reproductive morphology, and with more research, we may find that several other species have sex for pleasure.

KC: How might these findings aid in other marine-related studies?

DDO: One way to tell if coitus is pleasurable for an individual is to look for behavioral and physiological cues. For example, the heart rate increases during copulation, as does breathing rate. Because dolphins mate in the water, measuring their heart rate and breathing rate would be a challenge during copulation. The same issues apply to most marine species. Additionally, having a scientist attach probes to an animal is probably stressful and may skew data.

One aspect of our study that is exciting is that we have developed a technique to test if the clitoris is functional that could, in theory, be applied to most species of animals.

Our study was also non-invasive in design since our subjects had already died from natural causes before we received their reproductive tracts (under federal permits). Our technique is not limited to marine species and could be applied widely without the constraints of fieldwork and animals that don’t read the protocol and are uncooperative.

KC: Why do you think people might view this topic as taboo or a social faux pas?

DDO: I just wrote a scientific paper addressing this topic and have spent a lot of time pondering why there are cultural and social taboos associated with discussing female genitalia.

Darwin’s research is fundamental to our understanding of evolution. Darwin’s theory of sexual selection, however, had some bias in that males were assumed to be active and females were assumed to be passive. If the historic perception of the role of females was to be a receptacle, then why would it matter if the act of copulation was pleasurable for females and what would be the evolutionary drivers of such a function? It turns out that male genitalia are studied substantially more prevalently than female genitalia, and this trend has not improved over the past 30 years despite calls to action to address the disparity.

I corresponded with a retired professor who shared the backlash she faced from researching sexual pleasure in female primates in the 1970s, which almost cost her her job. I think the recurrent social faux pas of discussing female genitalia reflects pervasive remnants of a patriarchal society. Perhaps the lack of recognition of the importance of female reproductive morphology and funding support is perpetuating the stigma? I am hopeful that the work of my collaborators and I are changing the conversation and breaking social taboo boundaries to advance scientific discovery.

KC: From “Saturday Night Live” to The New York Times and beyond, this study caught the attention of international news outlets. Did you expect the media attention that followed?

DDO: Actually, yes, I did. I presented preliminary data at a conference in 2017 that went viral in the news and was mentioned in “SNL” then as well. We were excited for our paper to finally be published as it has been years in the making, and we anticipated it would garner broad interest and help break the stigma around female genitalia and sexual pleasure. I suppose what they say is true, that “sex sells,” especially when it is sex related to a charismatic, lovable animal, like a dolphin. Stay tuned, as I’m generating new and fascinating discoveries each year.