Corpus Christi History Remembered through Stories of a Scribe 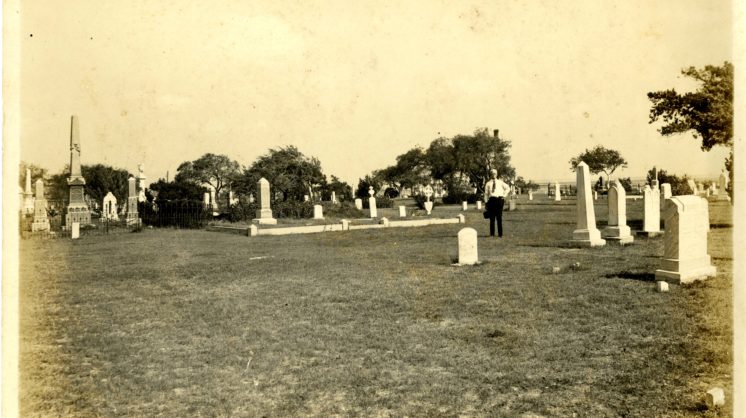 History doesn’t write itself. When historians look back at photographs and newspapers, Eli T. Merriman’s efforts to tell and preserve the stories of Corpus Christi are everywhere. He was born in the year of the city’s charter, 1852, and lived in Corpus Christi from 1865 until his death in 1941.

A newspaperman at heart, he worked for papers starting at age 18, and in 1876 co-founded the Corpus Christi Free Press. After selling the Press to the Caller, he worked as manager and editor. His partners later left the business, and Merriman published the Corpus Christi Caller solo for 29 years. These papers are some of the best records of activities of the citizens of the city during this era.

He continued to contribute to the Caller after selling it, most notably by writing a series of stories documenting the city’s earlier pioneers, many of whom are buried in Old Bayview Cemetery. In these stories, he recounted the growth of the city, which he had witnessed and written about himself during his time at the paper. Merriman helped to save the cemetery, which was established in 1845 — he personally supervised the property, receiving no pay, for over a decade, making sure this important site survived.

In his 88 years, Eli T. Merriman saw Corpus Christi’s growth from a frontier town to a modern city. He made sure we had the stories documented so we could learn from those who lived it, and that we could visit these pioneers (and Merriman himself) at Old Bayview Cemetery today.