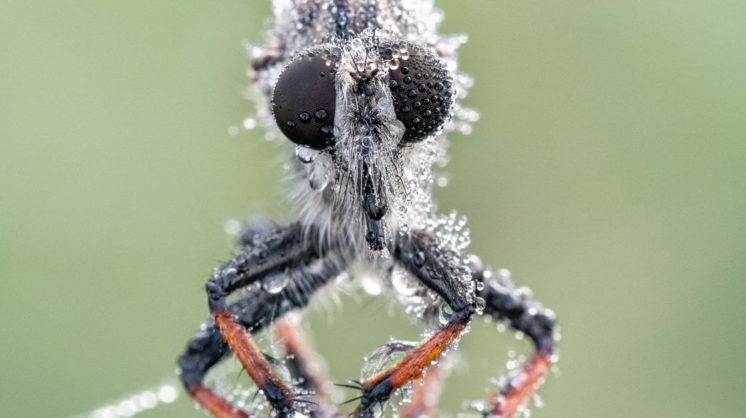 For the last 17 years, more than 470,000 images are submitted to Smithsonian’s annual photo contest. Transporting readers to Earth’s remote corners where spectacular, split-second moments of fascinating people and unique landscapes are introduced to us. The breathtaking images selected for The Smithsonian Magazine’s photo contest are captured by photographers from nearly every country in the world. Robber flies are predators that feed on other insects. Their big appetites for grasshoppers, mosquitoes, and other insects; and attack their prey while airborne, causing them to be beneficial insects for gardens.

From the photograph’s creativity and quality, originality, and responsiveness to the immediate and overall impact, Klein’s image was placed as one of 10 category finalists, in the Natural World category, from over 47,000 entries worldwide.

Locals are invited to vote online for the Readers’ Choice award until March 31. The winners will be featured on the Smithsonian Magazine website. To see the photograph and vote for Readers Choice, go to SmithsonianMagazine.com.