Coastal Bend Artist Liz Dumas-McMullan on the Art of Color 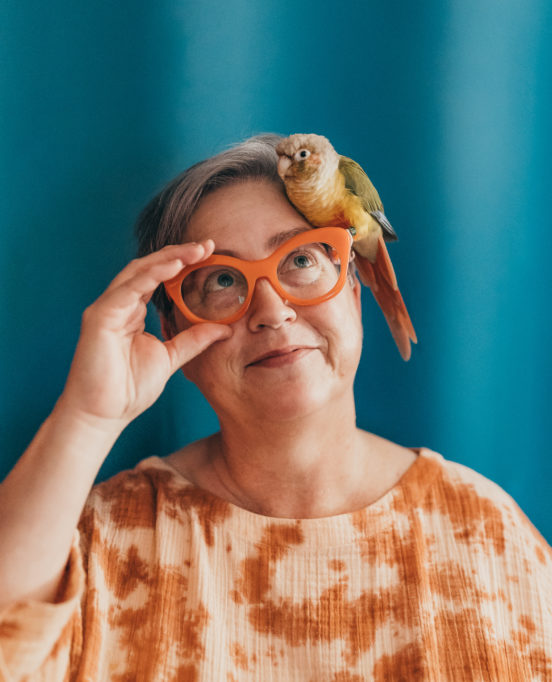 Here in the Coastal Bend, one question a Corpus Christian can ask themselves is, “What do we bring back from the ocean?” When we take a dip in that other world, what comes back with us? What do we see? For artist Liz Dumas-McMullan, the answer is in her creations.

From a ceramic bowl with tentacles for legs to a glass sculpture depicting underwater plant life, Dumas-McMullan’s work is vibrant, colorful and thought provoking. It forces the viewer to lean in, notice the details and share in the many possibilities that come from a three-dimensional representation of the world around us, or even the world that exists beyond inhabited lands. It also asks the question: Why the ocean?

“I grew up about as far from an ocean as you can imagine, so to me, the ocean is still vast and mysterious even though I’ve lived in Corpus for over 20 years,” Dumas-McMullan said. “I grew up with a love of sci-fi and fantasy, so the ocean seems like a natural extension of that mystical sense of unreality, which is what drew me to it as a subject when I started sculpting.”

It isn’t just mystique that engages the viewer when taking in Dumas-McMullan’s work, but also her sense of color and vivacity that take hold of the spaces her sculptures occupy. The dynamic hues she uses convey a need for color in a world that seems sometimes so fixated on black-and-white thought.

“I think art has been and always will be necessary,” Dumas-McMullan said. “It’s the way we as human beings have learned to tell and immortalize our stories, good or bad — and with the way things have been going for the past few years, there are a lot of stories that need to be told and shared with the world.” 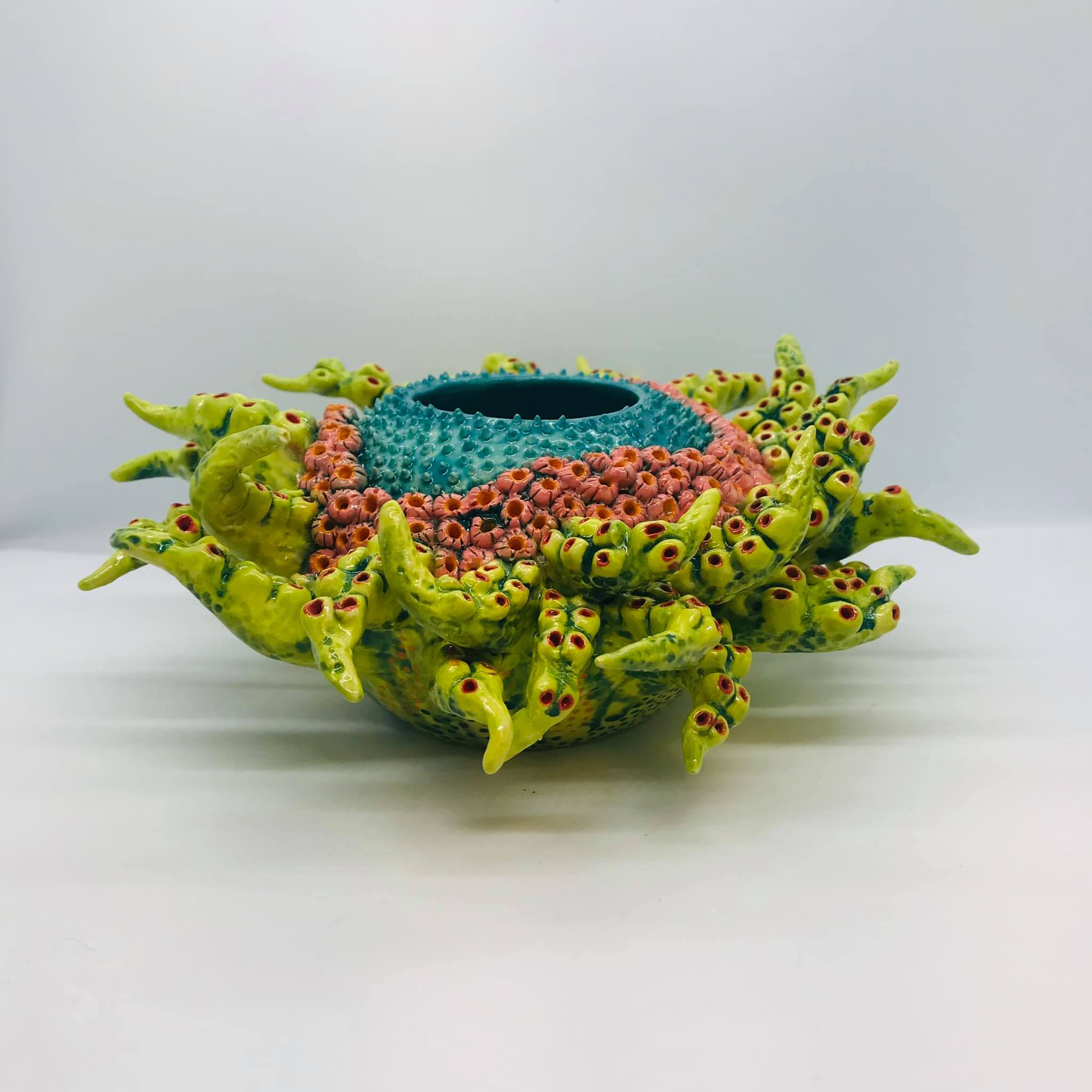 While some artists’ works beg for urgency and action, Dumas-McMullan’s ask for the viewer to take notice and thereby create a space of joy and vitality. “I make art that is vibrant and happy; I hope after you see one of my pieces, you leave feeling just a little bit better than you did before.”

A retired RN, Dumas-McMullan first moved to the Coastal Bend from Canada 25 years ago on a whim after accepting a position. Her proposed 6-month stay ended up being over two decades. And in that time, she has been extremely active in the arts scene, including holding a seat on the Board of Governors at the Art Center of Corpus Christi.

Dumas-McMullan is always working on new pieces, and plans on entering a few new works into the Art Center’s annual “Dimension” show, which is currently open for submissions from artists in the U.S., ages 18 and up. Though that’s on the horizon, for Dumas-McMullan, it’s the doing and sharing of her art that brings the real wonder.

“I love the fact that I’m never bored, and that I always have an outlet to express my creativity and my dreams,” she said. “However, I think my favorite part about being an artist is that a lot of people have taken one of my pieces home and incorporated it into their lives in some small way, which makes me feel very lucky.”

Looking for mor Arts & Culture? Check out The Art of Observance and Immersion with Joshua Duttweiler or Up &#038; Coming in the Coastal Bend: Dre Salaiz.