A Home for the Library - The Bend Magazine 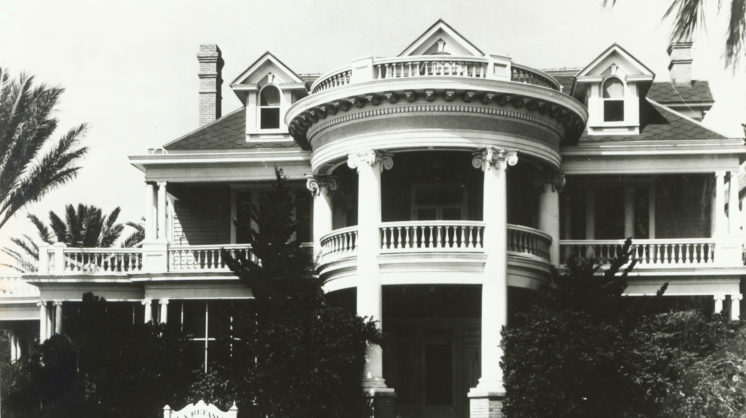 For decades, the most fashionable Corpus Christians built their homes atop the bluff downtown. South Broadway was filled with elegant homes with large porches and lawns overlooking the bay. Many of these family names – Hirsch, Doddridge, Schatzell – are familiar to those who drive the streets of Corpus Christi today. Of the many homes that lined the bluff a century ago, only four have survived. One of those lost was the home of Walter Whitby Jones. He was one of the area’s richest cattlemen, and his family still operates his ranches today.

W.W. Jones was powerful in business, but also in civic and political affairs. He bought out other stockholders to become the sole owner of the Nueces Hotel in 1919. In 1937, he added four stories to his newly purchased building across the street, formerly the Sherman Building. Now the Nueces Lofts, the Jones Building is on the National Register for its architectural significance.

Built by Dan Reid, later the city’s mayor, the Jones family home was striking – certainly a mansion by Corpus Christi standards. Though it was valued at $35,000, the City paid $26,000 for the property and opened the La Retama Library there on Oct. 11, 1937. For two decades, until its demolition in 1957 to build a parking lot for the First Presbyterian Church, Corpus Christi residents walked past the fragrant magnolia tree on the lawn and into the home to check out their books.