The Court of Legendary Enchantment - The Bend Magazine 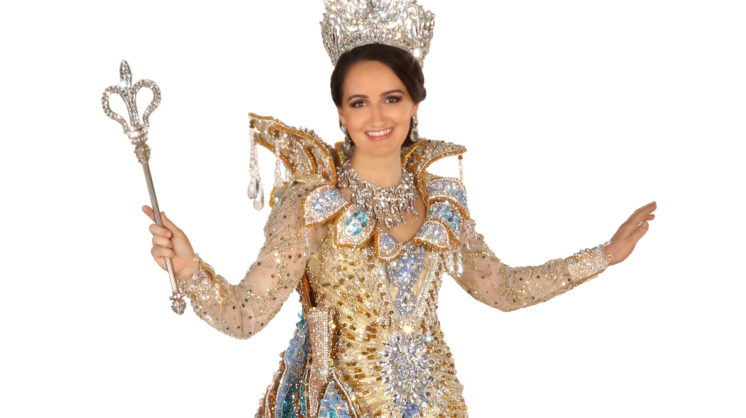 Las Doñas de la Corte have brought sparkle and fun to the Coastal Bend since 1954. That’s when the local Civitan Club requested the addition of a social and pageant atmosphere to the already existing Buccaneer Days – a pirate-themed kick off to tourism season, filled with festivities for all to enjoy.

Each year, Las Doñas presents a Coronation Pageant, which is designed to promote Buccaneer Days festivities in South Texas and throughout the state, in order to encourage more people to come to the Coastal Bend. They work in tandem with the King’s Men to honor local and out-of-town families, adding excitement while celebrating traditions. Each year, hundreds of families join in, bringing second- and third-generation participants to the event.

In conjunction with these traditions, Las Doñas also honors the community through their philanthropic activities. They are proud to partner with the Coastal Bend Community Foundation by encouraging guests to donate to the Coastal Bend Day of Giving through the matching program. These donations are a special way to commemorate the Court during the Buccaneer Days

Coronation, but they also benefit Corpus Christi and surrounding communities. The Court of Legendary Enchantment not only celebrates family and community through their gracious acts, but they also represent the Coastal Bend. Thomas Albert Gates, son of the late Dorothy Jean and Albert Gates, was crowned King Alonso LXVI. Thomas is the husband to Diane Dilworth Gates, father to Dos Gates and his wife, Samantha, and grandfather to Isla and Louisa Gates. A native of South Texas, Thomas grew up in Laredo and spent a lot of time on his ranch at Catarina. He attended Texas Military Institute in San Antonio and Texas A&M – College Station.

A committed citizen of the Coastal Bend, Thomas is a member of the Church of the Good Shepherd and sits on the board of the International Bank of Commerce. This year, Thomas and his family were honored at the Cattle Baron’s Ball for his continued support of the American Cancer Society.

Thomas devotes considerable time to the family business, an oil and gas company based in San Antonio. He and his son, Dos, have also invested in maritime interests in the Gulf of Mexico, which support the Port of Corpus Christi.

Beyond his business and work responsibilities, Thomas cherishes any downtime and spends it with his family and friends at home, on his ranch, and in Vail, Colorado. When he is not working or volunteering his time, the proud grandfather also enjoys watching his granddaughters grow and experience new adventures. Elizabeth Claire Webster, daughter of Dr. and Mrs. Robert Andrew Webster, was crowned Queen of the Court of Legendary Enchantment.

Reigning as the Queen of Eternal Light, her gown honors Hemera, the Goddess of Daylight, Sunrise, and Sunset. The gown, an exquisite golden sheer silk covered in Swarovski crystals and layered on top with strips of teal and blue fabric, also features a neckline emblazoned with rays of golden sunlight reflecting the sky and sea.

The jeweled rays emanating from the sun in shades of gold, teal, sky blue, and white adorn the royal train. The ruffles surrounding the sun depict the warmth and glow of sunshine, while the jeweled flowers cascading down portions of the train signify the possibilities due to the warmth of the sun.

The gown was designed by Court Artist David Phillips in collaboration with Peggy Ahuja, Wardrobe Chairman, and her assistant, Sheryl McMillan. Dressmakers Lucy Salinas and Monica Castillo created the magic of the gifts of sunshine bestowed by the Goddess Hemera, bringing this gorgeous design to life.

Webster is an alumna of Incarnate Word Academy High School and attends the University of Texas in Austin, where she is majoring in Communication Studies. Her scholarly activities include membership in the Kappa Alpha Theta sorority and National Society of Collegiate Scholars. Miss Webster also devotes her free time doing volunteer work with Court Appointed Special Advocates ( CASA ) and the Salvation Army. Olivia Cannon McClanahan, daughter of Mr. and Mrs. J. Christopher McClanahan, was crowned Princess of the Court of Legendary Enchantment. Reigning as the Princess of Enchanted Evening, her gown honors Luna, the Moon Goddess.

The hand-beaded Swarovski crystals sitting atop the fabric of the gown reflect twinkling stars and the tranquil moonlight, while the neckline forms the perfect star upon which wishes are made and dreams come true. A three-dimensional display of yellow-green moths, orchids, and red roses perfectly accentuate the vibrant dark navy velvet background of the royal train. The crescent moon at the top of the royal collar lights the sparkling Swarovski waterfall, cascading over the fountains and adding the perfect finishing touch.

She is an alumna of Incarnate Word Academy High School and attends The University of Mississippi in Oxford, Mississippi, where she studies Integrated Marketing and Communications. Her scholarly activities include a membership in the Delta Delta Delta sorority and Delta Delta Delta Leadership Team. A proud native South Texan, Dos spent his childhood in Corpus Christi and Laredo, where he attended St. James Episcopal School and United Day School, respectively.  He attended St. Mary’s Hall in San Antonio as a boarding student for high school. He attended Texas Christian University in San Antonio, and after graduation, he moved back to Laredo to work for one of the family’s companies. In 2007, he married Samantha Shafer of San Antonio, also an alumna of Texas Christian University. The pair made the Coastal Bend their home in 2009.

Dos and Samantha have been involved in numerous charitable and civic organizations. Their most important commitment is to the Church of the Good Shepherd, where they actively attend with their children. Dos has started various businesses in the Corpus Christi area, and has served on several boards, including The Art Museum of South Texas, The Lexington, The Texas State Aquarium, The Spohn Foundation, and The American Cancer Society’s Advisory Board.

Family is very important to the Gates clan. Together with their beautiful daughters, Isla Margaret and Louisa Frances, Dos and Samantha enjoy traveling together and spending their summers in Port Aransas. The Gates family also spends quality time engaging in hobbies such as snow skiing, hiking, hunting, fishing, cooking, golfing, and tennis, traditions they hope their children will carry on someday. A true scholar, Duane is a graduate of Incarnate Word Academy and earned a Bachelor of Science from Trinity University, and a Master of Business Administration from the University of Texas.

Duane currently holds the title of Vice-President of Rainbow Investments Company, a privately held corporation focused on oil and gas exploration and venture capital investments.  Previously, he served as Corporate Secretary and later Vice-President of Corporate Affairs for Midcoast Energy Resources, Inc., which was engaged in the natural gas transportation business. Afterward, he began his career as a loan officer with MBank, followed by Bank One, both in Dallas.

A native South Texan and charitable gentleman, Duane is very giving of his time. An active member of the Church of the Good Shepherd, he currently serves on their Endowment Committee. Previously, he served on the Vestry, including for two years as the Junior Warden, and the Charmain of the Building Committee for the Growing in Grace Capital Campaign. Along with these impressive positions, he served two terms on the St. James Episcopal School Board, where he was Chairman of the Board for two of those years. He was also a former member of the Endowment Committee at St. James.

Aside from his many work-related duties, he loves the great South Texas outdoors where he can partake in many activities, especially hunting and fishing trips. He also enjoys spending as much time as possible with his family, traveling when he can. Dr. Paul is a practicing pediatric dentist and owner of Kennedy Dental Care, a group dental practice started by his father 50 years ago. He loves working with children and their families while advocating for improving children’s oral health in South Texas.

He received a Bachelor of Arts in Biology from Baylor University, a Master of Science in Environmental Science from Texas A&M University – Corpus Christi, and a Doctor of Dental Surgery from the University of the Pacific-Arthur A. Dugoni School of Dentistry in San Francisco, California. Paul then earned a certificate in Pediatric Dentistry from the University of Texas Health Science Center in San Antonio and went on to become Board Certified in Pediatric Dentistry.

Dr. Paul is an active member of the American Dental Association, where he received the Golden Apple Award for New Dentist Leadership, and currently serves as a Texas Delegate. He also serves in various capacities in the Texas Dental Association, Nueces Valley District Dental Society, Texas Academy of Pediatric Dentistry, and the American Academy of Pediatric Dentistry. Recently, he served as Co-Chair of the Texas Mission of Mercy, a program designed to provide free dental care for Coastal Bend residents.

He is also a member of the Corpus Christi Executives Association, served many years on the Windsor Park Elementary Planning and Decision Making Committee, and is a member of the Episcopal Church of the Good Shepherd.