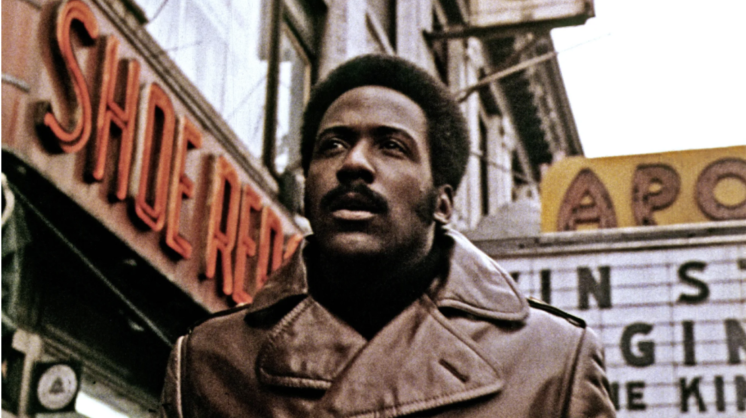 By: Jessie Chrobocinski  Photo: Richard Roundtree in Shaft, 1971.FROM THE EVERETT COLLECTION.

In honor of Black History Month, the Corpus Christi chapter of the Texas Association of Black Personnel in Higher Education (TABPHE-CC) is hosting a film festival to celebrate five of the most popular Blaxploitation films beginning on Martin Luther King Jr. Day at 4 pm. A reception for the screening will begin an hour before showtime at Alamo Drafthouse Cinema.

In the 1970s, in the shadows of the Black Civil Rights Movement, a genre of film – commonly referred to as Blaxploitation – rose in popularity throughout the United States. Blaxploitation is a genre featuring films starring Black-majority casts, guided by the vision of Black directors and scriptwriters.

Local filmmaker and co-founder of Produce Goods, Carlos Israel Villarreal, will speak about the history of the Blaxploitation genre and take audience questions during the January 17 kick-off event.

“This year our organization plans to revisit, reflect and reclaim our time,” said Simoné Sanders, TABPHE-CC president. “This movie selection celebrates an era and also recognizes some of the parallels between what was captured on screen over 40 years ago and what exists in current day society.”

While the original programming consisted of film screenings every Saturday throughout the month of February, all screenings aside from the January 17 viewing of Shaft, have been postponed, in response to rising COVID-19 cases. The number of tickets being sold for the Monday event will decrease and both social distancing and masking are encouraged. The larger film festival scheduled for February is postponed to June in conjunction with TABPHE-CC’s 10 Days of Juneteenth Jubilee.

The remaining films in the festival include: Super Fly,  Cornbread, Earl and Me, Foxy Brown and Dolemite.

All profits from ticket sales will be utilized to support the mission, goals, and programs of TABPHE-CC. All previously purchased tickets will be honored, and limited $25 presale tickets (includes appetizer, drink, and popcorn) are still available online.