Staying the Course - The Bend Magazine 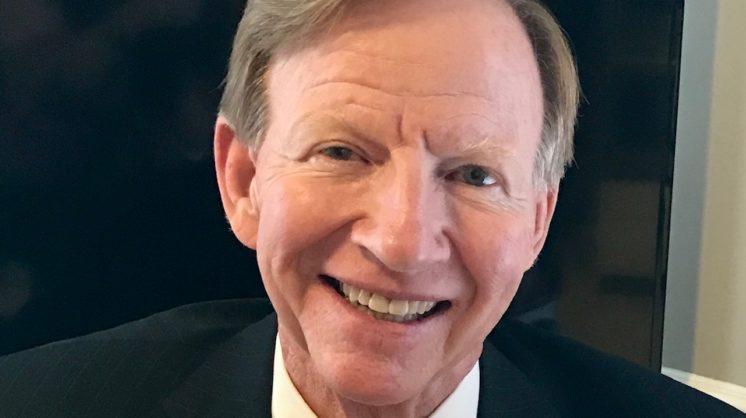 Mike Carrell is likely a familiar name: This born-and-raised Corpus Christi brlocal has spent the course of his career in the Coastal Bend and has made big impacts bralong the way. Carrell attended Carroll High School, where he discovered an aptitude brfor math and science that initially led him toward an engineering career. He even brobtained his master’s degree in engineering before a fortuitous offer to enter the brbanking industry. What was initially Texas Commerce Bank ultimately became Frost brBank in 1984, where Carrell spent over 27 years of his career. brThis foray into banking was partially fueled by his desire to remain in Corpus brChristi. His love of this city also saw him engage with many nonprofit organizations brand community initiatives, many of which he is still involved with today. He has brserved as President of the Chamber and President of the Rotary Community Foundation, sits on the Port Commission and has been involved with the USS Lexington, brCosta Venture Community Foundation and the Mustang barbecue group—among brseveral others. Carrell worked for Frost Bank from 1993 until his retirement in 2020. brIt likely comes as no surprise that he has kept professionally busy in his retirement, brworking in engineering.

AH: What have been the keys to your success?

MC: Something I would say is sticking it out. I’ve been in situations that differ from brthe way you anticipated them going, and you may want to make a change or change brpaths. I would say to hang in there, because it’s so rewarding when you get to the brother side. You’ve just got to hang in there long enough to allow it to develop and for brthings to come together.

AH: Of all the leadership skills that bryou have learned over the years, what brwas something that was crucial to brunderstand?

MC: It’s a balancing act as a leader or brmanager to try to both accomplish brthings and continue to grow and develop bryour team. Whether it’s in banking bror engineering or another industry, if bryou’re in charge of the project and your brsuccess depends on getting the project brout, you’re relying on people that are brreporting to you to produce. And at the brsame time, you’re growing these people. brYou want to encourage these young brpeople and you want to help them grow. brBut it has to be tuned into the deadlines brand the production.

AH: Is there something you wish bryou would’ve known when you first brstarted your career?

MC: No, because I was willing to try brdifferent things. Looking back, I got to brdo everything I was interested in, such bras wanting to be an engineer, obtaining brmy MBA, have a banking career and brwanting to be active in the community, brbe on these boards—and now I get to do brmore engineering.brFrankly, I’ve been fortunate to do brmore than I ever thought I would. l feel brvery blessed and fortunate to have had brthis career and the relationships that brI’ve enjoyed in this community.

AH: What would you say to someone brwho’s just experienced a failure or a brsetback in their career?

MC: Hang in there. Don’t cut yourself brshort; be patient. You’ve got to give brtime for the dots to come together and brstart making sense. Your timing may brnot be the same timing that it takes to brunderstand everything. Hang in there a brlittle longer. I have to admit there were brthings I wanted to get out of, but people brsome way or another encouraged me. It brpays off; it has for me.

AH: What would you tell someone brwho wants to take their career to the brnext level?

MC: I think there’s two categories in that brregard. Firstly, you’ve got to convince brpeople that you’re the right person to brbe elevated or to be moved up to the brnew job. You can do that by getting your brcredentials lined up to justify it. At the brsame time—credibility. You’ve got to brconvince the people that this is serious brto you, and you’re committed. brAlso, I’ve told people to try to brjoin something in the community. Get brinvolved. If your resume reflects it and bryour attitude reflects it, then you have brwhat it takes. And it’s not about resume brbuilding, of course. It’s about credibility, brseriousness and being totally committed brto what you’re doing.

AH: What are some of your favorite brways to recharge?

MC: I like to stay busy. I have a little ranch brabout an hour away. If I’m not working, brI like going out there and doing projects, brbuilding things and working out there. I brgo to relax—it’s such a different setting brand I feel recharged. I really enjoy that.