Shredding the New Waves of Culture (And Beer) - The Bend Magazine 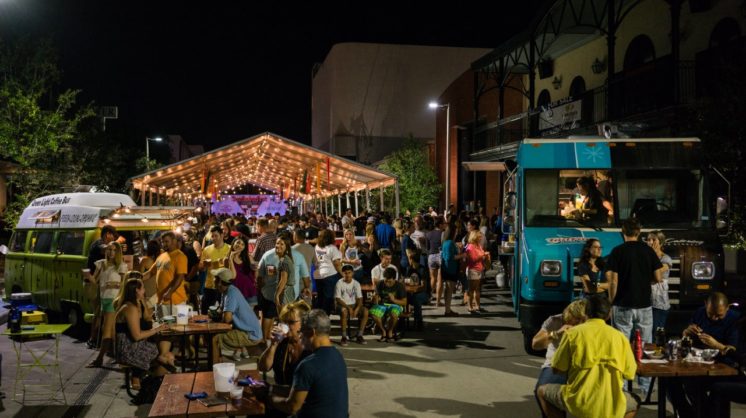 Surftoberfest, the surfer’s Oktoberfest, rides in this weekend to Downtown Corpus Christi on its fourth wave: this year, like previous, the tide just keeps getting bigger. The annual festival will be reeling in a gnarly Saturday outside of the Texas Surf Museum and the Executive Surf Club on October 6th.

As goes the original German tradition lining up with the modern passion of Texans, goers have the option of over thirty different types of beer. Local and imported taps go from fruity to bitter, dark to blonde, smooth to crisp, and come in pints to fill up the party.

Aside from the wheaty spirits of Surftoberest, there’ll also be an educational Kids Zone inside of the museum and local art on display. Game day watch parties make good ice breakers, and so do stein holding contests. Betting on who can hold up a stein full of beer the longest between you and your friends? May the best hoister win.

The Texas Surf Museum is the only surf museum in the state. In the past few years, pushing forward the education component has been a primary mission of the museum. The free event serves as a fundraiser for the Surf Museum with the idea of enlightening, encouraging, and educating on the culture and benefits of the Texas Gulf Coast – along with being a really fun way to taste a lot of different beers (did we mention 30 different kinds?).

Last year’s Surftoberfest was fruitful enough to raise five thousand dollars that was donated the Port Aransas Education Foundation after Harvey. The event, which is free to the public, also serves as a primary fundraiser for the surf museum. Enlighten, encourage and educating on the culture, history, and benefits of the Texas Gulf Surf culture is what they aim for.

Music line-up, contributors, and more information can be found on their Facebook page, https://www.facebook.com/surftoberfest.