Shop Local...Or Not at All - The Bend Magazine 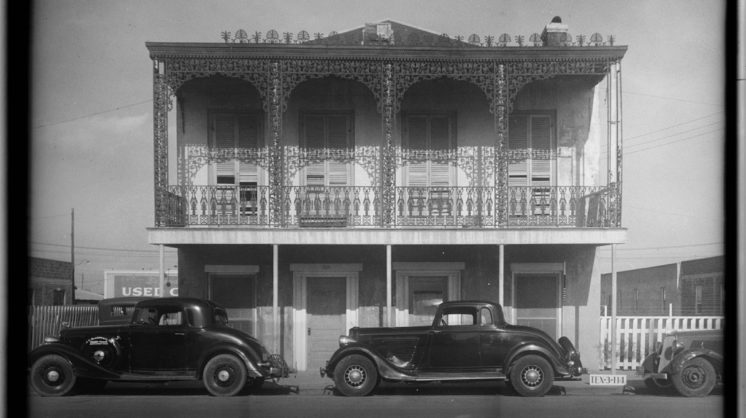 The myriad of shopping options Coastal Bend residents enjoy today did not exist in the 19th century. In those days, Corpus Christi had three main streets: Chaparral, Mesquite, and Water.
Chaparral, also called Front Street, was the city’s main commercial thoroughfare where one could procure almost any needed item.

One of the most prominent buildings on Chaparral Street was the Conrad Meuly House & Store. Meuly, a Swiss immigrant, bought the property in 1848. He spent the next several years designing and building the two-story building that featured impressive 14-foot high ceilings. The structure was constructed from traditional local materials including clay, oyster shell, and lime, but its iron grillwork made it an architectural highlight of the city. If the ironwork reminds you of New Orleans architecture, it may be because Meuly married Margaret Rahmin New Orleans in 1847.

Meuly was among some of the early traders and shopkeepers to set up in the city. He arrived following his capture during the Texan Santa Fe Expedition, an effort by the Republic of Texas to divert trading from New Mexico into Texas. Initially offering bakery and confectionary items, the Meuly store grew to offer dry goods and groceries. For a time, Dr. Arthur Spohn lived and officed with the Meuly family. Shopping in early Corpus Christi was a neighborhood affair. The Meulys and many others lived and worked in their shops. Often, these shops were passed down through the generations. Although the Meuly building was demolished in the 1950s, the memory of these frontier families lives on in street names, including Staples, Kinney, and of course, Meuly.
Share