PreserveCC and the History of Corpus Christi - The Bend Magazine 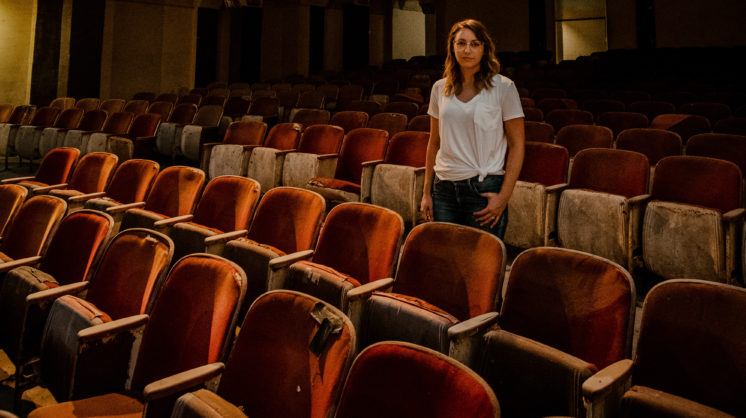 She’s style, she’s grace; she’s Miss Preserve This Space. To be fair, this reference to pageantry (made jokingly, of course) is a far cry from the woman behind Instagram’s PreserveCCTX. Jessica Holt is undeniably “beauty and brains,” but what sets her apart is her affinity for lacing up her work boots and putting endless elbow grease into restoring long-forgotten architectural gems in this city we all love.

Holt has a professional stake in preservation alongside her personal passion, having pursued her Master of Fine Arts in Historic Preservation from Savannah College of Art and Design. Before getting her master’s, she studied Studio Art with a concentration in Photography at the University of New Hampshire. It was photography that ignited her interest in historic preservation; class assignments led Holt to seek out historical architecture to photograph, and now it seems as though these structures from worlds ago find her. “It is so interesting, the stories they tell,” said Holt. “They are like people.” And in a way, she acts as a keeper of these stories by documenting their existence through her innovative and artistic Instagram account, PreserveCCTX.

“I started PreserveCCTX as a way to educate the public,” she said. “There’s so much [educating the community] that needs to be done.” The sentiment doesn’t exclude native Corpus Christians—just driving around downtown, a number of properties’ stories are trapped inside, dwindling, and waiting for the right person to come along and let them be heard once again.

Built almost 100 years ago is the beloved Ritz Theatre, whose entryway initially had a grand presence that offered a view of the second level just steps past the front door. If you were to walk in the lobby today, you’d find that renovations eventually blocked that vantage point. And while there may have been good reasons for this change at the time, it could very likely mean a structural overhaul would be necessary to restore the Ritz to its roots.

Holt is on the board of CC Patch, the non-profit organization that owns the Ritz Theatre. Her volunteerism for the Ritz is a reflection of her love for restoration projects. The picture of the building that Holt paints is idyllic; but the beauty of this story is that she’s not drumming up a fictitious narrative. This is history—Corpus Christi’s history—and she’s determined to see it live on as it was meant to be and in its former glory. But, until that becomes reality, she will continue advocating for the Ritz Revival through PreserveCCTX, and using her platform to educate the community on the benefits of historic preservation. As PreserveCCTX reveals, plenty of other abandoned buildings in our city have grabbed Holt’s attention—all of which have made her grab her camera to document using her signature creative aesthetic. Seeing historic Corpus Christi through her lens is awe-inspiring.

“For so long the city has been fighting for its history, and it’s finally happening,” said Holt. This speaks to the third tier that makes up PreserveCCTX’s purpose: Combined with advocating and educating, the third piece is garnishing resources. For example, the City of Corpus Christi Preservation Plan and initiatives such as the Downtown Management District’s Mainstreet Program are the first two entities to have preservation plans greenlit, as well as receiving partial funding for these projects.

Perhaps one day, Holt said, what has started as a hobby she cares deeply about could be something more. She sees a space for PreserveCCTX to evolve alongside the city’s expansive growth plan. For now, though, she sees her role of being a vessel for preservation and restoration education for the community as the first step.