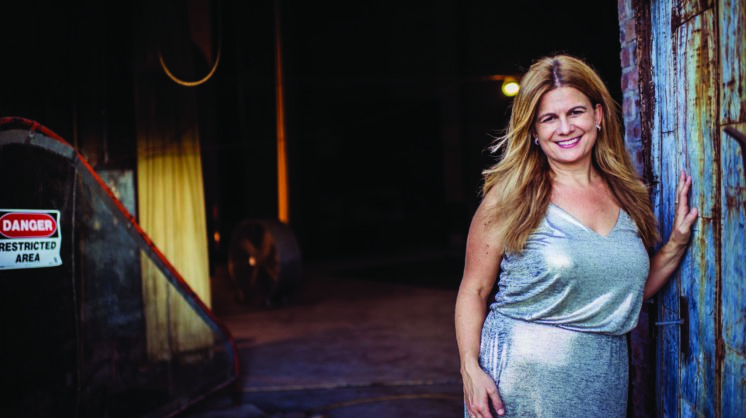 What is the history of The Ritz that makes it such a gem for the Coastal Bend?

The Ritz opened in 1929 after the stock market crashed, which was actually perfect timing because people needed the escape. It served as a vaudeville house and movie theatre. In the 1970s, it became the Ritz Music Hall, which is how a lot of people remember it. Unfortunately, downtown saw a decline, and The Ritz got caught in it. Now, I want to bring it back to what it was meant to be.

How did you decide the revitalization of The Ritz was so important?

I’ve lived places that pay a lot of attention to their creative community, but when I came here, I had the opposite experience. My husband and I decided to leave Corpus, and we drove around Oregon looking for the perfect city but somehow kept coming back here. That changed everything for me. I went for a bike ride downtown, and I saw the door of The Ritz hanging wide open. I came in, and it felt like discovering the Titanic with props still on stage and costumes still on hangers. So, what made me really decide to do this was that a theatre landed in my lap. How often does that happen?

What is your goal for revitalizing The Ritz, and what will it take?

A theatre can turn around a downtown. The Ritz can be sustainable by doing things that the rest of the world cares about, which will be video that can be accessed anywhere. Our goal is to create a regularly scheduled broadcast show that involves music, comedy, drama, and dance. If we create content and project it into the world to generate a following, then people will want to come here to be part of it.

What is Tacofest, and how is it going to help in these efforts?

Tacofest came about because we wanted a signature event and were really trying to reinvent the wheel. Dusty Olivera said to me, “No one’s claimed Tacofest.” Once he said that, it all clicked. We came up with taco art and a taco song contest, which then fed into a taco poetry slam and even a Chihuahua beauty contest. It’s all about entertainment and creativity. How great would it be to say that tacos saved The Ritz?