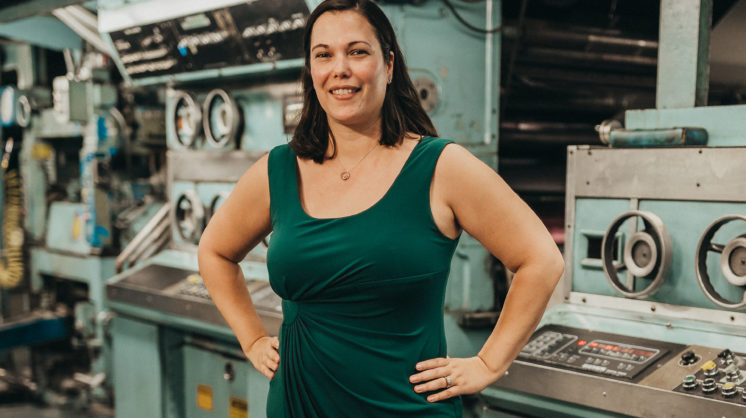 First, tell me a little bit about your journalism journey. Have you always been interested in this industry?

My love of reading and curiosity about the world around me led to journalism. I was the kid in class excited when the teacher offered extra credit for reading more books. Essays? Loved them. The library – with its endless possibilities lined up in neat rows on every shelf – seemed like heaven to me. Books were then (and now) a way to find answers to questions and make discoveries about people and places. I’ve found that the love of reading instilled in me as a child has led me to so many opportunities, including journalism. That’s why when an academic advisor at Del Mar College asked me if I’d thought about joining The Foghorn, the student publication, I took the leap. I ultimately landed in a place where I can do what I love, and am grateful for the chance to help better our community through our reporting.

So, how did you get to the position you are currently in with the Corpus christi Caller-times?

Hard work, mentors, and luck. I began my career at the Caller-Times about 15 years ago. From news clerk, I was promoted to reporter and spent several years covering various beats including entertainment, government, breaking news, and the justice system. One of the biggest transitions was from reporter to joining our team of editors. Along the way, I realized there is great joy and satisfaction in being in a role where your success is tied not to measuring your own achievements, but in how well you are able to help others succeed and feel fulfilled.

As the first Latina editor the newspaper has ever seen in its 136-year existence, how does it feel to become a part of the paper’s story in such a historic way?

Being the first Latina to lead our newsroom is a source of a pride to me, but not something that I focus too much on, especially since we’re living in a time where the Hispanic population in the Corpus Christi area is so prevalent now. I’d point to more significant milestones in our local and state history like Senior U.S. District Judge Hilda Tagle, the first woman to serve as a court-at-law judge in Nueces County and first Hispanic woman appointed to a federal judgeship in Texas. There was also Linda Reyna Yáñez, who in 1993 became the first and only Hispanic woman to sit on a Texas appellate bench at the time. And just last year, Barbara Canales made history as the first woman elected to the Nueces County judge seat. Milestones like this – in the private and public sector – pave the way for a bright future for our society, our justice system and our nation’s blessed and hard-won democracy.

Why do you think it is important for others to see a strong woman figure in a position like this?

I’m the third woman in our newsroom’s history to serve as editor. I’ve been fortunate enough to have examples of good leaders – both women and men – that I could watch in action. Diversity is a key part of that recipe to the success of organizations. That is especially true in newsrooms across the country that must make conscious efforts to reflect and engage with the communities we serve. I won’t forget the conversation I had with my 5-year-old daughter when I brought her and my 7-year-old son into the newsroom one day. My sassy, brave girl ran straight for my desk chair to beat out her big brother for the spot. She plopped down, took a look around and then spun to face me. “Mommy,” she asked. “You’re in charge now, right? And that means you get to help lots of people, right?” Stifling a grin, I replied, “Yes, baby. That’s right.”

What are you most excited about in regard to this new role?

So. Many. Things. We’re seeing more and more digital subscribers who are finding that what we do is valuable. Right now we’re also in the midst of incorporating our live studio in what our multimedia journalists are doing with storytelling. The goal is to have a more open, interactive conversation on social media on key topics. Our drone team is continuing to capture aerial video of the area, which has helped us show South Texas to South Texans in ways they, and we, couldn’t see before. We’re also excited about being chosen as one of only 10 newsrooms in the U.S. and Canada to receive training from Investigative Reporters and Editors Inc. (IRE) through the Data in Local Newsrooms Training Program. These efforts, along with many others, are reasons to be optimistic. For those who already subscribe: Thank you. And for others who want to help support local journalism, which can’t exist without support: Check out our special offers and deals at. Caller.com/subscribe.