Looking Back: The City's Space - The Bend Magazine 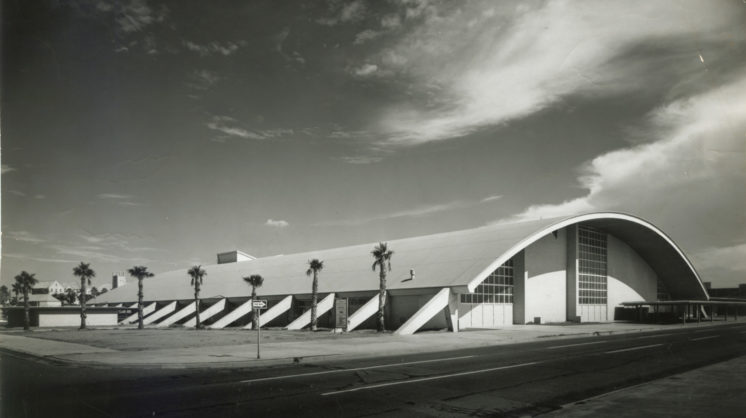 You can’t talk favorite places with people who were locals sometime between 1954 and 2005 without the Memorial Coliseum entering the conversation. Amid the post-WWII growth in Corpus Christi, the city needed a civic center for its increasing population – and so this facility came to be.

In 1954, the local Gold Star Mothers dedicated the Memorial Coliseum to the 400 Nueces County residents who died in WWII, and affixed a plaque listing their names to the building.  This iconic structure by local architect Richard Colley garnered national attention and awards and was featured in magazines, even before it was constructed. Its roof design had a 224-foot unsupported span, the world’s longest at the time of construction.

Over the following decades, some of music’s biggest names played the coliseum, from Elvis to KISS, and including the recording of Selena’s Grammy award-winning album Live! in 1993. It was a common sight to see hundreds of people lined up outside, either to purchase tickets or waiting for the doors to open. It hosted events from graduations to circuses, and saw the beginnings of the Islander basketball team.

The innovative design of the building had one downfall: It wasn’t possible to build onto it to expand the space. In 2000 voters approved construction of what eventually became the American Bank Center, and ideas were floated for what to do with the empty coliseum. Ultimately, the memorial plaque moved to Sherrill Park, mounted on a wall of bricks saved from the demolition in 2010. And with that, Memorial Coliseum moved into our memory.