Kickin’ It With Jeff Ghee - The Bend Magazine 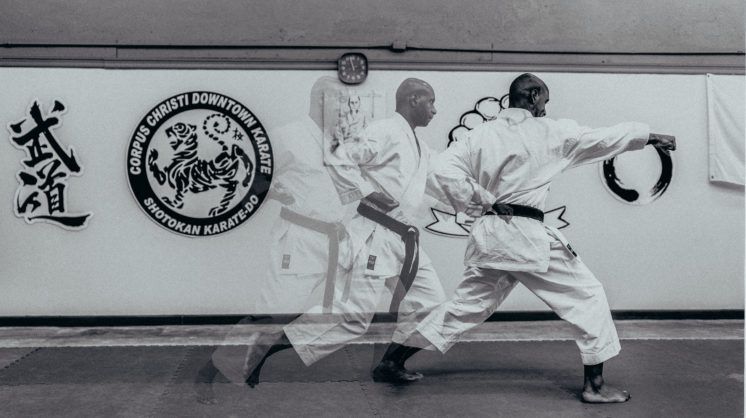 Growing up, I watched several films – from The Karate Kid to the Kill Bill series – use the concepts and traditions of martial arts as fuel. Their plots took place in inaccessible settings removed from what I saw in the Coastal Bend. However, with enthusiasm, I can say the opportunity to delve into this world is not out of reach if it piques your interest. The Coastal Bend is home to Corpus Christi Downtown Karate, a martial arts dojo led by owner and chief instructor Jeff Ghee.
From Columbus, Ohio, Ghee began training in the art of Karate at the age of twelve, and stuck with his training until finishing high school. Thereafter, Ghee enrolled in the U.S. Navy, and ended up – luckily, he said – in Japan. While there, he received his second-degree black belt after a couple of years of training. Ghee was then transferred to the Corpus Christi Naval Base. After two more years, he finished his time with the Navy. “I told my mom I’d be back in six months. And, well, I’ve been here since 1990,” Ghee says with a laugh. I say that luck smiled on us by having Ghee sent from Japan to Corpus Christi. Otherwise, our community would not have the opportunity to learn the discipline and art of Karate at his dojo. Now in its 11th year, Corpus Christi Downtown Karate, sitting next door to Axis Tattoo, is hard to miss considering the artwork and color in its proximity.

Corpus Christi Downtown Karate offers classes for people of all ages and skill levels, each one offering opportunities to improve overall fitness and learn self-defense. When discussing the benefits of studying martial arts, we delved into the physical capacity required to endure the training. Even back in June and July, Ghee’s classes were at times the only physical activity some of his students were getting. Karate helped members of his dojo maintain a regimen during that time of stagnation. Another benefit he brought to my attention was attention itself: Through the discipline of focusing not only on the instructor but themselves, students have shown improvement in maintaining focus. Beyond physical health, Ghee says, “the mental benefits are great. The focus and dedication required for training also transition to their classes and coursework.” Karate is more than a sport, it’s art in itself that requires character building, discipline, and dedication.

Ghee’s students also represent Corpus Christi when attending competitions. In 2016, Ghee took 12 of his students to the AAU Junior Olympics in Houston, Texas. All 12 managed to bring home some hardware, and two of his students competing in Sparring, Form, and Weapons won gold in all three events.
However, Ghee wants the focus of his dojo not to be on the sport or competition. He wants the energy of the dojo to go towards students working on themselves through physical activity and mental growth.
Contact:
703 N Chaparral St, Corpus Christi, TX
361.537.3004  |  ccdk.weebly.com
Share 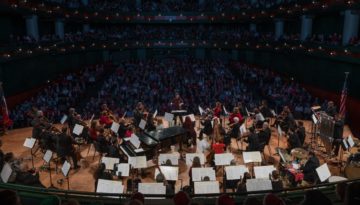