International Talk Like A Pirate Day, and A Look Into Corpus Pirate Culture - The Bend Magazine 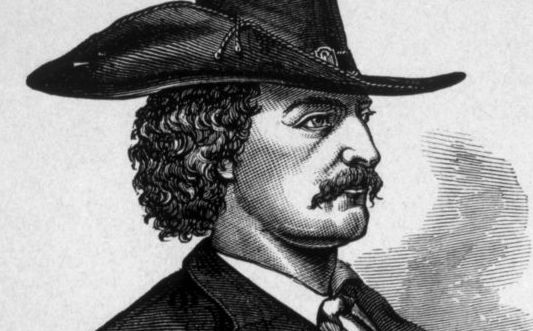 Jean Lafitte was a French pirate of the early Americas infamous for his menacing scowl, mysterious past, and fallen hero complex. But it’s the menacing scowl that sticks with you the most.

Holding a spot as one of the greatest pirates in Texas history, both for his villainous and heroic triumphs, Lafitte took advantage of Corpus Christi’s sparkling coasts to settle down… if only for a few.

In the early 1800’s, his crew sailed along the Gulf of Mexico and became notorious for disrupting trading ships in raids and lootings. The War of 1812 and a change of heart might’ve urged Laffite to contradict his ways in 1814, when that same swashbuckling pirate and crew that were running from the law used their rigor to help defend New Orleans.

President James Madison granted the buccaneers with a pardon for their efforts, and in 1821, Laffitte moved to Corpus Christi, TX to reside where him and his crew (presumably) enjoyed going to the beach just as much as we do today.

But, his retirement was short lived – Lafitte was doomed to return to his old ways even after his chance to start fresh, and died shortly after continuing a life in piracy along the Virgin Islands. June of 1938, long after Lafitte’s legend, Corpus Christi had the first Buc Days festival (buccaneer as in a reckless ol’ pirate) centered around the discovery of Corpus Christi in 1591. Thanks, Spanish Explorer Alonso Alvarez de Pineda.

Buc Days is meant to signify the beginning of summertime, and that’s why all the modern day pirates that come and steal the rights of the city from the Mayor do so joyously. But the actual buccaneers of the day didn’t have as much to smile about. They’d roam the coast and attack merchants, ships, and settlements in the area since the 1600’s, according to the library of congress.

There were plenty, but most would agree that none of these guys held a candle to the level of dramatism as Jean Lafitte, pirate outlaw and national hero.

In participating in Talk Like a Pirate Day, all we can hope is that you don’t get carried away – not all pirates get a pardon for their crimes like Lafitte did!

You can read about the history of Buc Days on the Hermann and Hermman blog,