In Conversation with Bob Batterson - The Bend Magazine 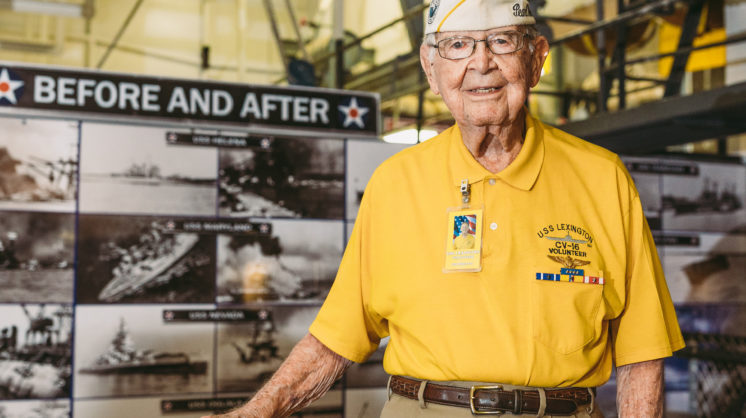 Bob Batterson is a 101-year-old retired U.S. Navy Captain who works hard to share history through volunteering at the USS Lexington Museum on the Bay.

KC: Where are you from, and when and why did joining the Navy become part of your life story?

BB: My home state is West Virginia. I joined the U.S. Navy in 1939, primarily because of my financial situation. We were in the middle of a depression and jobs weren’t really plentiful. I wasn’t able to save money to go to college, and my parents couldn’t afford to help.

I remember this RKO newsreel that showed battleships riding the waves, and it always looked so interesting to me. The first time I tried to enlist, I actually got rejected because of a scar on my eardrum, even though I passed the aviation physical, which is one of the toughest. So that delayed me another year, but I finally joined in 1939.

KC: You were a U.S. Navy Captain on the sister ship of the Lexington in World War II. What was that experience like?

BB: After boot camp, I went to a cruiser off Long Beach, California, and I went with the Pacific Fleet, which was then transferred to Pearl Harbor; we operated out of Pearl Harbor as our normal home port operation. I made Petty Officer Third Class, and there were two of us that made it but they were over the limit on the number of Third Class you could have aboard the ship, so we both got transferred. The other guy got orders for a cruiser in the Asiatic Fleet, and he was killed his first day at Pearl Harbor. On December 7, 1941, I was in the enlisted barracks and we were awakened by a noise. We thought it was a drill at first, but we then saw the torpedo planes just outside our windows already at their release point and we knew then it wasn’t a drill.

KC: When did fighter pilot get added to the resume?

BB: The Navy opened up flight training for enlisted folks, and I applied thinking “This guy from West Virginia will never get into Navy Flight Training” — and by darn, I was selected. So I started flight training in 1941 and ended up here in Corpus Christi to get my wings. In all, I served 35 years.

KC: What eventually brought you back to Corpus in 1974?

BB: My wife went through a lot throughout the years of my service. We had five kids and I left her many times for this line of work. I always said, “Honey, the only thing I can promise you is that I am going to buy you something on the water when I retire.” Padre Island was being developed, and I found a lot on the end of a canal and I got half of that lot, so I kept that promise.

KC: Let’s talk about the ship a bit. What did it mean to you for the City of Corpus Christi to be chosen to host the USS Lexington?

BB: I was really amazed, pleasantly surprised, that we won the competition against five other cities. The reason it meant so much to me is that it is the sister ship of the carrier ship I flew from as a fighter pilot in World War II, The USS Bennington, which was a CV-20, and the Lexington is CV-16. They are the same Essex class and so they’re built just the same. When I come aboard this ship, it feels like I am going aboard the Bennington. So, can you imagine that feeling? In the town you call home? It’s incredible.

KC: You started volunteering for the Lexington in 1992 when the museum opened. Why are you still lending your time and energy after all these years?

BB: Well, I really just enjoy it. I love to speak to groups of people. I work in the Pearl Harbor exhibit and whether I am speaking to moms and dads or grandparents or children, I really enjoy it. I also get to stress to people the importance of voting, but also the importance of getting involved. Because it’s our country and our kids’ country, and you can do something about what the future looks like if you get involved. 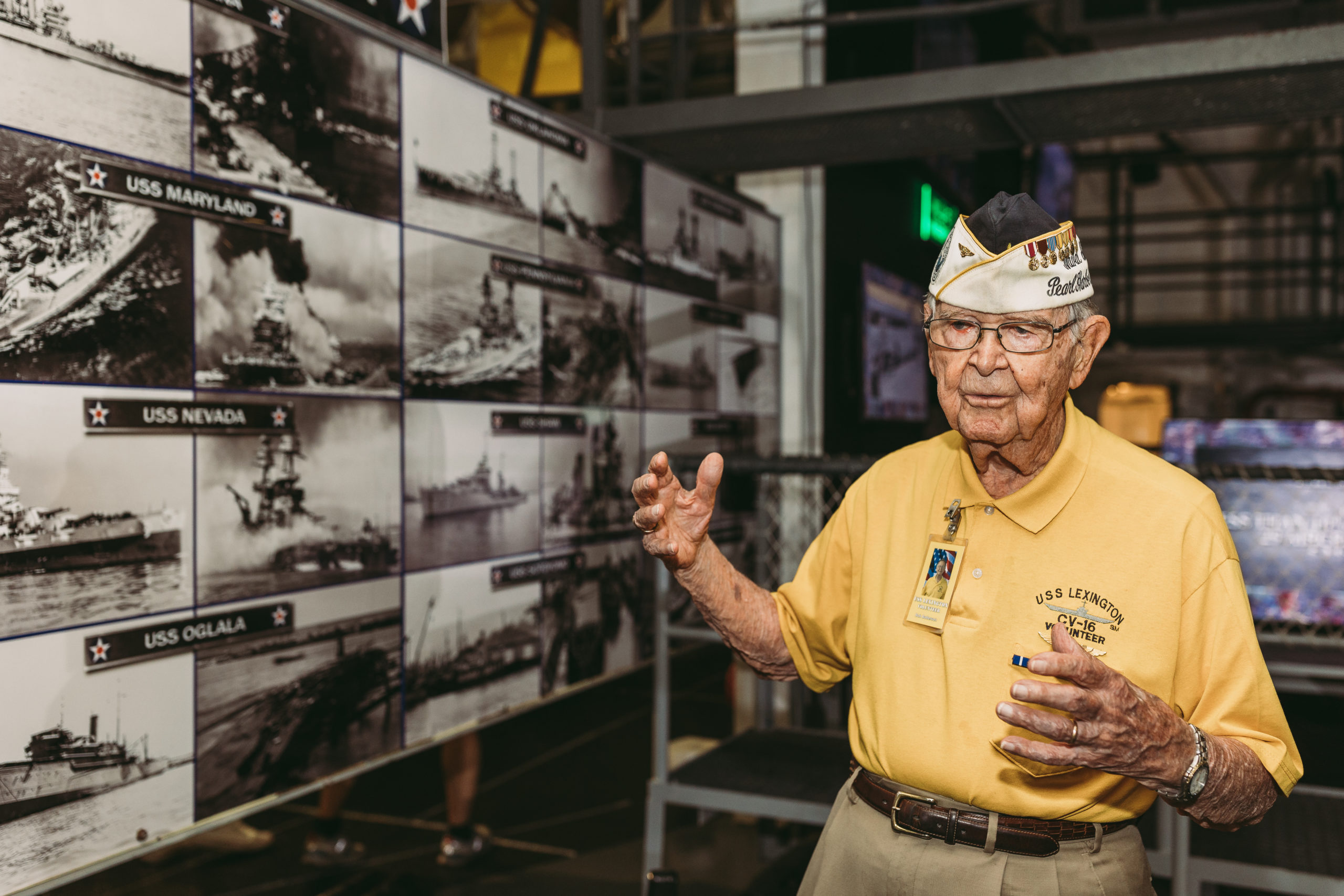 KC: Why is it important no one forgets the history housed within the exhibits?

BB: The ship and the [Pearl Harbor] exhibit provide me with the opportunity to share important history with others. There is so much history here, and the exhibits are just tremendous. To me, this ship is still on the firing lines — the firing lines of preserving our history. The people who served aboard this ship and all the others who fought and died for our country, we can’t let them be forgotten, we have to keep their memory alive, and I think this ship helps in doing that.

KC: You just had a pretty big birthday. How did you celebrate 101 years of life?

BB: Well, I spent it here on this ship. I was more than overwhelmed by the love. I was told I was going to get just a little thing, and then there was a whole big party. I even had two cakes! The group of people who run and operate this ship made my retirement that much more rewarding. Working with this group of people is a great joy of mine. It keeps me young.

KC: After 30 years, can you imagine yourself ever not volunteering for the Lexington?