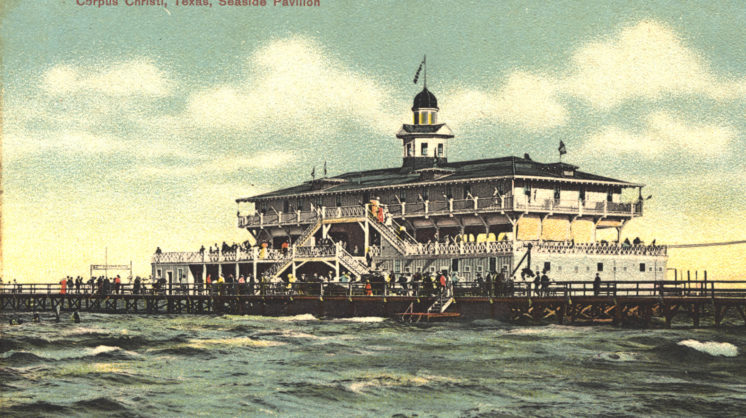 Corpus Christi has long attracted tourists seeking waterfront relaxation. In the early 1900s, they had their pick of resort hotels to take in the views, but no hotel got them closer to the water than the Seaside Hotel and Pavilion. The hotel was known for its shady groves of salt cedar overlooking Corpus Christi Bay, and the Pavilion for its dance hall and saloon.

If you stand on Taylor Street at the location of the Caller-Times and look toward the bay, to where One Shoreline Plaza stands, the Seaside Hotel was at the waterfront on Water Street and the Pavilion was in the distance. It was located on the 1,000-foot-long Taylor Street fishing pier, which was a destination in its own right. The Seaside Hotel was previously the Dix House, a hotel run by John Dix. It stood through the Civil War and was the site of a school for girls run by Mary Eliza Hayes Dix.

Unfortunately, the Seaside Hotel and Pavilion were casualties of the 1919 hurricane. The local tourism industry felt their loss so strongly that the Chamber of Commerce offered $10,000 to any person to build a new resort in the area. As a result, downtown gained the Princess Louise hotel, which stands at Mann and Water. It, too, offered access to the water with its own pier before the seawall added two blocks of land in front of it. With the loss of a Corpus Christi icon, we gained another—but nothing could beat being surrounded by water views.