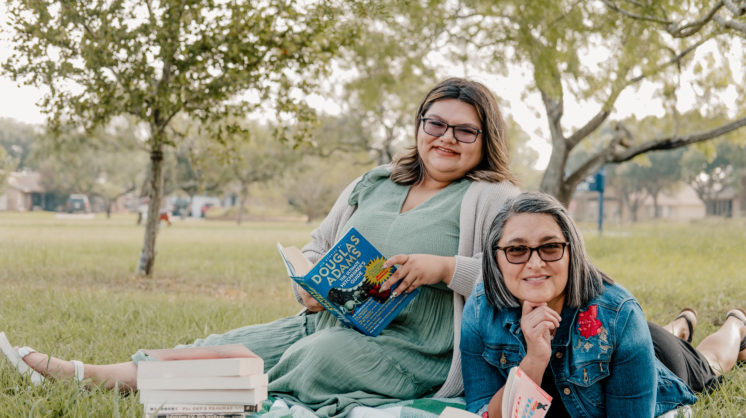 For many people, books are an escape from the mundanity of day-to-day life, or even a temporary respite from whatever situation is weighing heavy on the soul. But for some, books are a privilege to which they don’t have access. In a world grappling with rising COVID numbers, the likelihood increases of children falling behind in school because of closures or altered standards of education.

Abigail Treviño hopes to combat this problem, which is why she founded and executive directs The Traveling Library, a local nonprofit that aims to bring literacy back to underserved children in the Coastal Bend. “I’ve always had this idea of a ‘nonprofit’ in the back of my head,” Treviño said, “but the idea for The Traveling Library really started when I saw the effects of COVID in students academically. I did some research on literacy statistics in Texas, more specifically the Costal Bend, and that is what really made me decide to do it about a year ago.”

While starting a nonprofit in the midst of a pandemic might seem a tad precarious, Treviño’s love of the written word and her belief that it should be available to everyone prompted her to take the risk and strive to make books not only attainable, but encouraged, within the community.

The organization hopes to bring literature to schools via a mobile trailer where children can check out books and then return them two weeks later and get new ones. It should be ready by the end of this year or early next year.

The Traveling Library is also partnering with the community by having volunteers write blogs and research prompts, and get the word out about the nonprofit’s goals.

“In Corpus Christi, the literacy rate is low,” Treviño said. “Texas has the fourth-lowest literary rate and number of libraries in the U.S. That’s scary. So we’re hoping this improves that a little bit. Especially because of the pandemic, it got worse. Kids weren’t doing virtual learning; parents didn’t have the skills or knowledge to help them do that.”

Within the next year or so, Treviño said, “We’re hoping to implement tutoring services not only for kids, but parents as well. We have such a high Hispanic population, and not all of them know English. We hope by helping the kids, we’re helping the parents as well. That’s my best-case scenario.” It’s not just the need for literacy that has prompted Treviño to found the organization, but the fact that the mere act of knowing how to read can create autonomy in children to be able to know their own value and worth as they grow to become fully functional adults.

“I would say it’s trying to make knowledge accessible to everyone,” Treviño said. “I believe with books or literature in general, it encourages an exercising of rights, inclusion in society, and freedom for all. There’s a lot of books I’ve read where characters didn’t get their freedom, so I believe in reading, the imagination is a sense of freedom.”