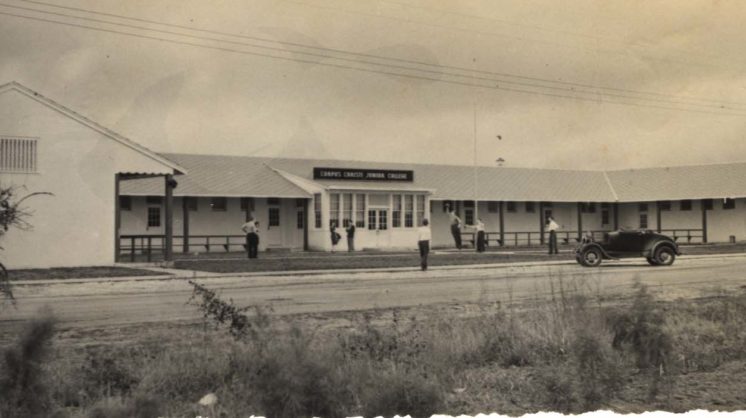 For students graduating from high school during the Great Depression, stakes were high. They needed to work to support themselves and their families, but many also sought to further their education by continuing into college. To meet this need, Corpus Christi Independent School District opened Corpus Christi Junior College in 1935.

When students step foot on the East Campus today, there is a sense of the history of the campus – students still attend classes in the Memorial Classroom Building, the oldest on campus. But really, it’s the students of Roy Miller High School who are walking in the footsteps of the original CCJC students.

The college borrowed classrooms in several buildings, including Corpus Christi High, and 154 students took evening classes to leave their days free for work. This made college inexpensive and flexible, so education didn’t have to be put on hold during the Depression. As the school grew, it gained its accreditation and became its own entity as Del Mar College, independent of CCISD.

After WWII, demand surged, and Del Mar offered training in trades and professions that were in demand in a growing Corpus Christi. By 1957, the new programs grew onto an entirely new West Campus on 10 acres of donated land.

In the next few years, as Del Mar expands into a new campus for the first time in over six decades, it will open even more doors for learning in the Coastal Bend – a long way from temporary locations and borrowed classrooms.