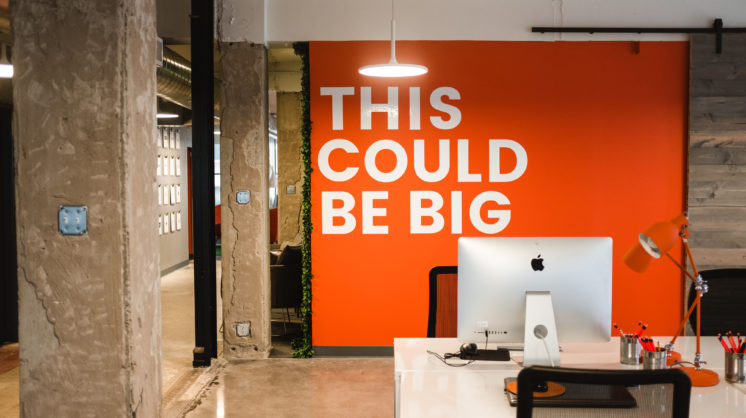 The movement for downtown to reinvent itself is roaring. For the first time in decades, it seems, there is a real upswing in the changes and improvements being made on the Bayfront. Not only are changes happening, but also the people of Corpus Christi are flocking downtown to experience the
new Marina Arts District.
Many businesses have contributed to these changes by investing their dollars into trendy restaurant and bar concepts; however, some of the shift the area is benefiting from is happening behind closed doors. While it may not be physically seen, the residents of Corpus Christi are most definitely benefiting from their commitment to rebuilding downtown.
One such business is the creative advertising agency, MDR. Since 1974, MDR occupied that quaint house on Santa Fe Street across from Sugarbakers. While they had been a long-time fixture in the neighborhood, their team finally reached a point where they outgrew their home. Stephen Rybak, owner and Chief Creative Officer, says, “After 45 years of building history there, it was a big and tough decision to move.” Rybak, having worked with MDR for 15 years, feels as though he grew up there in a way. “It felt comfortable and clients knew it well.”
So, when the time came to scout locations, Rybak knew MDR would benefit from downtown and its new energy. Plus, their brand could give back to downtown by adding the agency’s creative history to the
rebirth of the soul of our city. MDR now occupies the 11th floor of the Wilson Building located at 545 N. Upper Broadway. Rybak recalls that the Wilson building didn’t feel like the right fit, initially.
“In doing a little more research, we learned that the front of the building, where we are now, was the original Nixon Building – the original high-rise built in Corpus Christi in 1927,” he explains. He also considered buying and rehabbing a building downtown that would perhaps give MDR some street appeal, but some of the buildings were too sleek and didn’t feel like them.

The right fit was most important for the MDR team. Upon learning even more history about the Wilson Building, for instance uncovering the original list of tenants from the local library, tons of character started to emerge from the structure. At that point, the big move felt right. MDR did a complete demolition of their newly acquired space and now work in a creative, open concept environment.

“Our staff is young, and they expect different ways of working,” says Rybak. “The previous place was getting old, and it would have taken too much money to remodel it.”

Not only has the move improved the way the MDR team works, but they also have access to many more amenities. If an employee wants to get away from the group and work in solitude for a couple of hours,

they can take their laptop and work from Green Light Coffee. Plus, there are plenty of new lunch options from which to choose.
Some of their clients took a little while to get used to the change. The street parking and one-ways can be hard to navigate, if you’re not used to it. All in all, it wound up being even more convenient for clients.
The highway is more accessible, making it easier to get to some of the main arteries of the city.
MDR feels confident in the direction downtown is going. With Alyssa Barrera, the new Executive Director of the Downtown Management District, bringing bounds of energy to all of the various improvement projects downtown, Rybak feels the city is in good hands.
The creative agency is looking forward to continuing to create magic for their clients in their new space and contributing to diversifying downtown’s economy.
Share