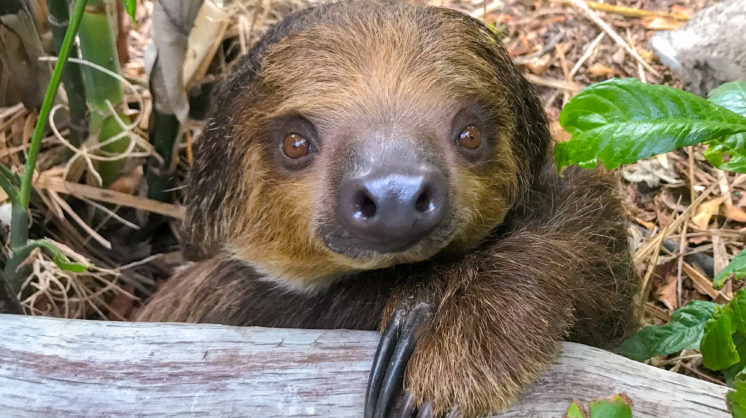 As of May 29, 2018, a one-year old Linneaus’ two-toed sloth named Chico is a member of the Texas State Aquarium’s Caribbean Journey exhibit.

Linneaus’ two-toed sloths are native to northern South America, east of the Andes, and south to the central Amazon Basin. This species of two-toed sloth has reached a “Yellow” distinction in the Association of American Zoos and Aquariums (AZA) Species Survival Program (SSP), meaning they have less than a 90 percent gene diversity through the next 100 years. A lack of genetic diversity in a species may render that species less capable of responding to changing environmental variables, and thus, causes an increased risk of extinction. According to the AZA’s website, the SSP seeks to “oversee the population management of select species” and “enhance conservation of this species in the wild.” The Texas State Aquarium is seeking to enhance the genetic diversity of this species by caring for, and promoting the reproduction of, the Linneaus’ two-toed sloth. Chico will be joining a female two-toed sloth named Xena. However, reproduction between the two sloths is not likely to occur for another few years. According to a Texas State Aquarium press release announcing Chico’s arrival, male sloths like Chico don’t reach sexual maturity until about four or five years old, so “visitors shouldn’t expect to see a baby sloth or any sloth romance.”

Until then, Chico and Xena will be roaming the jungle exhibit, and will, according to the Aquarium, provide “twice as many opportunities to get a look at these amiable, slow-moving creatures during the summer season.”