Before The End of the Sunrise... - The Bend Magazine 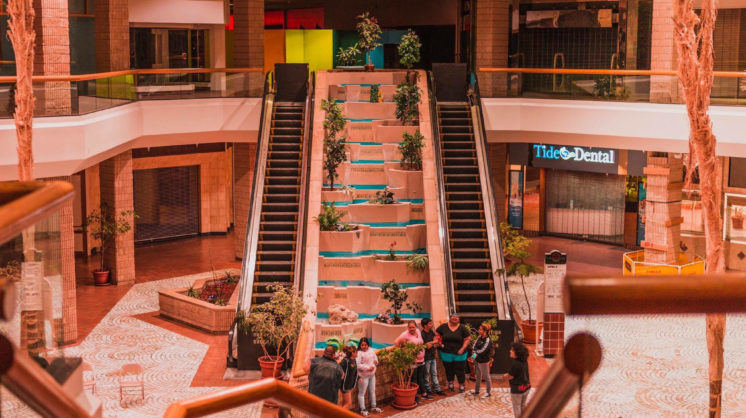 The common mid afternoon whim of exploring the near empty sunrise mall is one we’ve all had. It’s one of the seven wonders of Corpus, like the trade center, and its built like a maze. A beacon of the 80’s and a keeper of Billie Jean’s legend, the Sunrise Mall and its funky personality will be missed when the last tenant finally closes their doors in 2020.

Most people who wandered around the two-story building were looking for a specific shop – like the factory shoe store or War and Peace, Ltd., or even the trademark dollar cinemas, where some people birthed their love for movies. But some who wandered weren’t lost; modern-day Corpus kiddos (like myself) roamed through the esplanades wondering what they looked like when they were bustling with shoppers in a different time than ours.

Unless you look through an archive or ask your older relatives, most of us don’t really know what it was like to be a part of the thriving shopping center that was the living Sunrise Mall. But by the checkered tiles, slanted textures, and indoor architecture; the neon food court signs, vivid greenery, and mirror elevator tells us it was quite the party. I would’ve liked to have known what it was like to head there after the beach with some friends for some pretzels, or to find prom shoes on a Sunday with my mom, had I been a teenager in the 80’s.

But, even today: I’m definitely sure I’m not the only one who’s taken photos on the big pirate ship dining area, the sea-turtle murals, or the staircase that was in that Billie Jean movie.

I’m sure I’m not the only one who’s almost lost my diary there, or laughed with a friend who almost lost their cell phone there, but only until we re-traced our steps a couple times to find them again, perpetually forgetting which way we came from in the first place (that place is so huge!).

But the memories I made there while it was scarce of shoppers, although some of the best, probably don’t compare to the memories that lie in the shopping mall’s dormant walls from the mid-80’s: the after school mallrats, the mid-day mothers in for their haircut, or mall employees enjoying a pretzel for their lunch break.

As a someone who lives in an entirely different world than the Sunrise Mall did, I’m going to miss being transported: not to what could have been, but to what was. For a “dead” mall, it sure does show signs of being dripping with life at one point.