A Princess on Water Street - The Bend Magazine 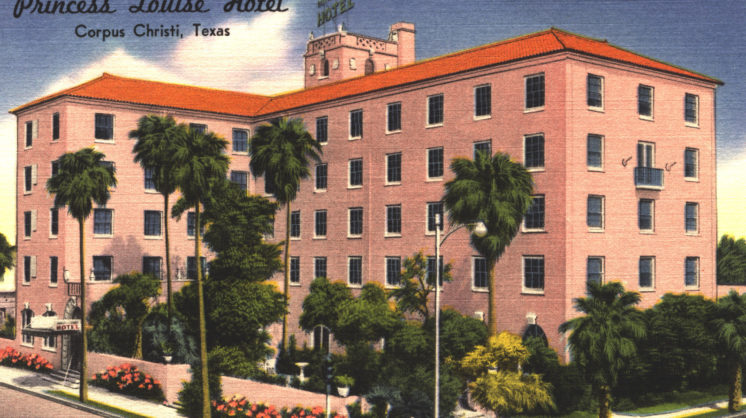 Imagine walking down Water St. today, away from downtown and headed toward the Port. Look out toward the water – all the land you can see is infill from building the seawall. Standing at Mann and Water, you are standing in a location many only dreamed of visiting: the beautiful waterfront view (including a pier) provided by the Princess Louise Hotel. You’ll still see the hotel, now the Princess Apartments, standing above you.

Reeling from the loss of the Seaside Hotel in the 1919 hurricane, the Chamber of Commerce provided a $10,000 incentive to anyone who would build a resort. In 1927, Walter and Louise Foster and her brother John Saunders opened the 110-room Princess Louise Hotel, named for Mrs. Foster. They collected their bonus and opened the hotel to great fanfare, including the comment from their first guests that, “You don’t miss home so much in a place like this.”

The pink-painted stucco stood out against the red-tile roof, which reflected the interior’s Spanish villa flair. The resort hotel enjoyed a great run of success, but soon the seawall project made headway and the hotel was now located two blocks inland. A “seaside” hotel is not the same without access to the water. Walter Foster stayed involved in the management of the hotel through WWII, but with his death in 1948, ownership went to his secretary. She remodeled the hotel into apartments, which it serves as to this day – still painted pink and still watching over Corpus Christi Bay, from two blocks inland.