A Park for the People - The Bend Magazine 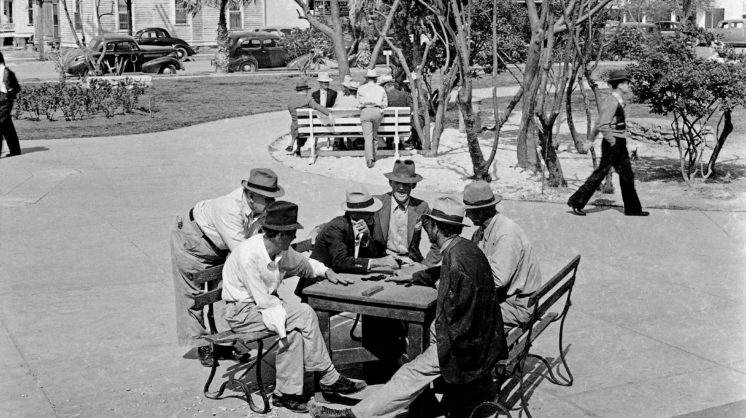 By: Jillian Bequet
Photo: Community men gather at Artesian Park for a game of dominos in the late 1930’s.

While General Zachary Taylor’s 4,000 men settled for eight months in Corpus Christi, a landmark of their campsite was a sulfur-rich artesian well they drilled adjacent to their camp. Artesian wells have an aquifer pressure so strong they don’t require pumps to function—which was much needed by Taylor’s

troops.
To mark the importance of this site, Henry Kinney, Corpus Christi’s founder, gave our community an acre of this land as a place to gather in 1854. His gift was one of the earliest gifts by an individual of a park to a Texas city. Kinney wanted us to make use of, and remember the importance of, this historic land to the foundations of our city. Because of his gift, Artesian Park, located at Twigg Street at Chaparral Street, has continued as a community gathering place for the City’s whole existence. Through the years, citizens continued to invest in this space, adding a bandstand, drinking fountains, and pathways, as well as benches and tables for playing games.  Archaeology conducted at Artesian Park several years ago shows us a long history of use of this space, including gaming pieces long since left behind.  Today, a granite marker and a Texas historical marker remember General Taylor’s occupancy of the land, but we should also remember those generations of Corpus Christians who formed great memories and found community at Artesian Park.
Share