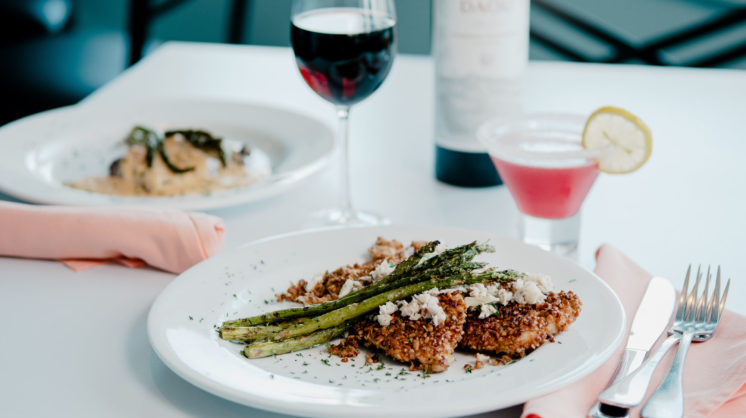 In Aransas Pass, a dining room with a view resides atop stilt architecture overlooking a nearby residential canal. Established in 1976, Crab-N Seafood Restaurant remains a local favorite for its high-quality dishes, including a bring-your-own-fish option, refreshing cocktails and oh-so decadent key lime pie.

Rooted in Cajun-Creole-style cooking, the small family-run restaurant has only grown more successful and delicious over the past 46 years. Owner Terry Brooks credits Evelyn Wheeler, a cook from Louisiana who his father hired, as who helped his family get started in the right direction. As time passed, Crab-N’s dishes have adapted and changed, but one dining component has remained the same: the ability to have your catch prepared to your liking.

“Back then, Paul Prudhomme came out with blackened redfish in about 1983. We went to New Orleans and ate at his place, K-Paul’s. It was so popular that they had to stop redfish and trout commercial harvesting,” Brooks said. “After about two years, restaurants were selling it like crazy, and we were one of them. Consequently, that was reserved only for sports [anglers]. Then the sports fishermen would catch the fish and ask, ‘Why don’t you fix this fish for me?’ So, I said, ‘I can do that; that I can legally do.’ And that has become a big part of our business for the past several decades.”

With a wide variety of choices for having your catch prepared, Brooks says you could probably order a different way every day for a month — blackened, fried, pan-seared or even paired with a signature sauce.

Some of Crab-N’s most popular dishes include the crab and shrimp bisque, pecan-crusted flounder topped with crab relish and the choice Black Angus, center-cut filet medallions layered with a crab and shrimp buttercream sauce on top.

Brooks noted how special to him the secret recipe is for the bisque, which has been Crab-N’s best-selling appetizer for almost four decades. “When I wrote down the recipe, I wrote down ‘Gift of God,’ and I feel very strongly about that,” he said. “I’ve had people call me and want to trade for the recipe, but we do not give it out; it is very personal to us. It outsells all our appetizers. I call it liquid gold. We sell it by the gallon to-go, and I’ve had people take it to Houston and all kinds of places.”

Crab-N’s use of fresh ingredients applies not only to its dishes but also to its cocktails. From the Piña Coladas and specialty margaritas to the Pomegranate Lemon Drop Martini, each is made from scratch using natural ingredients.

“We work on quality a lot. That’s probably one of our main things,” Brooks said. “We try to be innovative, so we’re always creating something, but we don’t do it just for something new; there has to be a purpose. The thing about cooking is a lot like being an artist, you have no limitations on your imagination.”