A Little Spice in Your Life - The Bend Magazine 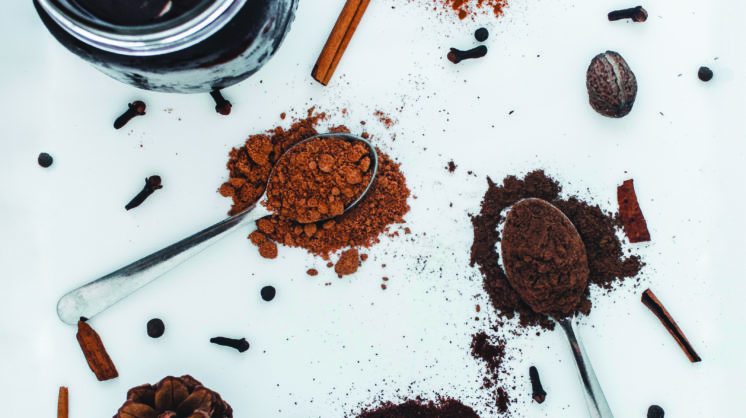 Here in the Coastal Bend, we tend to understand and forcefully accept the cold, hard facts: we have two seasons – summer and winter. Although we don’t quite experience the changing of green leaves to various golden shades of yellow and orange, we still enjoy entertaining the fantastical, far-out idea of a fall season.

For long-time favorite local coffee shop, Coffee Waves, fall dreams come with the task of creating a drink containing the flavors and feelings of autumn, without forcing people to drink a piping hot beverage in October when the temperature still reads 90˚ on the car dash. The solution? A Spiced Toddy. Everyone’s favorite iced wake-me-up with a refreshing splash of fall.

Cora Johnson, who owns Coffee Waves with her husband Doug, conjured up the idea for a Spiced Toddy a few years ago. After returning from vacation, one of her employees mentioned ordering a spiced drink at a coffee shop. Immediately Cora thought, “Everyone loves a spiced drink – the pumpkin spiced latte, for instance – so why not incorporate spice into our menu in a totally different way.”

They then began experimenting with various flavor combinations in order to achieve the perfect flavor profile to simulate fall, but this time, with an iced beverage. After using a guess and check type method, they landed on the perfect arrangement of espresso grounds, ground cinnamon, ground nutmeg, allspice, and cloves.

This unique seasonal beverage is created the same way as a traditional toddy. The only difference is the addition of spices mixed into the espresso grounds before soaking the whole mixture in water for 18 to 24 hours in the refrigerator. Once the grounds have been submerged for the allotted time, the drink is then diluted with water to help balance out the concentrated caffeine.

Upon the first sip of the Spiced Toddy, you immediately have the taste of fall in your mouth. It is familiar, home-like. The notes are simultaneously both strong and mellow. Which is exactly what Cora hoped for the drink.

“When you are eating a slice of pumpkin pie, you aren’t really getting any kind of bright tone in flavor,” she says. “I often think of Toddy or cold brew as an iced tea – it is really strong, but also bright. So, I thought the spices would play really well off of that.” And, she is not wrong.

The Spiced Toddy brilliantly brings the tastes of autumn to a coffee drink without forcing the season. Because after all, a South Texas fall is fairly non-existent. However, for a solid 30 minutes inside Coffee Waves, with the AC turned down a little low, and a Spiced Toddy in your hands, you forget that for just a moment.