A Building’s Story Still Being Built - The Bend Magazine 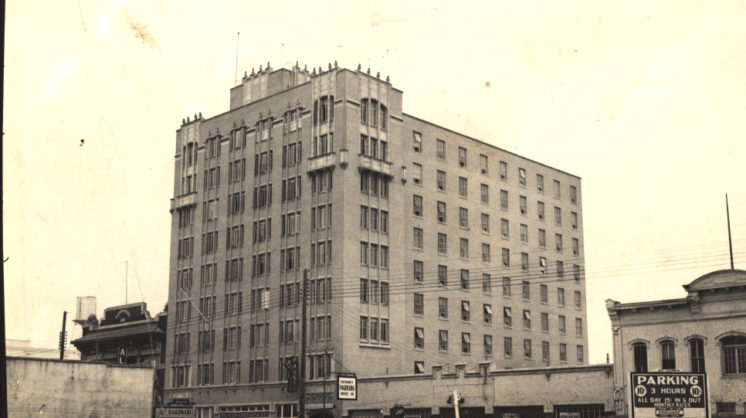 One of the tallest buildings downtown is also one of the oldest remaining with its original façade. Known as the Medical Professional Building, the structure was built in 1928 to house medical offices and treatment facilities.

The structure was initially called the Pope Building, after its owner Walter E. Pope – a legislator, lawyer, businessman, and real estate developer. He owned the Corpus Christi Democrat newspaper from 1917 until he sold in 1928, a sale which led to the merger with the Corpus Christi Caller and the first publication of the Caller-Times in November 1929. The funds from this sale helped to finance the building at 416 N. Chaparral.
The top floor operated as a hospital until 1945, when a nursing shortage occurred due to WWII. Not knowing the war was to end that coming September, the hospital closed May 1, sold off its supplies and converted to additional office space. The building continued to serve as office space, mostly for medical offices, until the 1970s, and many locals still have memories of traveling downtown to visit their doctors there.
In 1979, the building was converted to an apartment building called Sea Gulf Villa. The next few years will be another era of transition while it undergoes a renovation into loft-style apartments, as it nears its centennial and continues to serve Corpus Christi.
Share