10 For the Next 10: Sean Strawbridge - The Bend Magazine 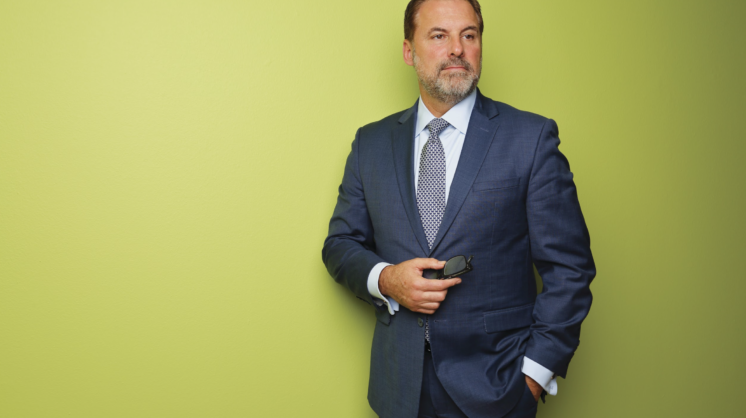 The Coastal Bend’s sparkling bay is home to an organization that’s responsible for 60 percent of the nation’s crude exports. The Port of Corpus Christi is a fundamental economic driver for our community that moved more than 80.5 million tonnes of cargo in the first six months of 2021.

The Port began operating more than 95 years ago and has since grown into the largest port in the U.S., based on total revenue tonnage.

The Port of Corpus Christi is led by Chief Executive Officer Sean Strawbridge. Strawbridge came to Corpus Christi in 2015 and was subsequently appointed as CEO at the beginning of 2018. He brought with him decades of experience and expertise in the global energy, trade and transportation and private equity sectors, and a career history that has done business in more than 40 countries.

In just the last four years, Strawbridge has already made significant impacts.

“The Port had a stated vision to ‘become the energy port of the Americas.’ At the time, some thought that was bold. Today, we’re the largest gateway for U.S. produced energy exports in the United States,” said Strawbridge. “For crude oil alone, we have nearly 60 percent market share. It is a position of massive importance for the Port of Corpus Christi, the South Texas Coastal Bend and the state of Texas.”

Strawbridge is a living example of these core values. He is very actively involved with volunteer opportunities and nonprofit organizations, with service to the American Heart Association, The Art Museum of South Texas, the Corpus Christi Museum of Science and History, The U.S.S. Lexington, the Corpus Christi Chamber of Commerce, the Corpus Christi Regional Economic Development Corporation, the San Patricio Regional Economic Development Corporation, the Coastal Bend Regional Advisory Council and the South Texas Military Task Force. Strawbridge was elected to a seat on the American Association of Port Authorities (AAPA) Board of Directors, where he represents both the Coastal Bend region and Texas ports.

Corpus Christi’s economy and community benefit from Strawbridge, whose dedication and confidence in our people fuel his commitment to doing his part in creating a bright future. “I think The Port will continue to be a centerpiece of success for the region as it continues to evolve.”