When Opportunity Strikes - The Bend Magazine 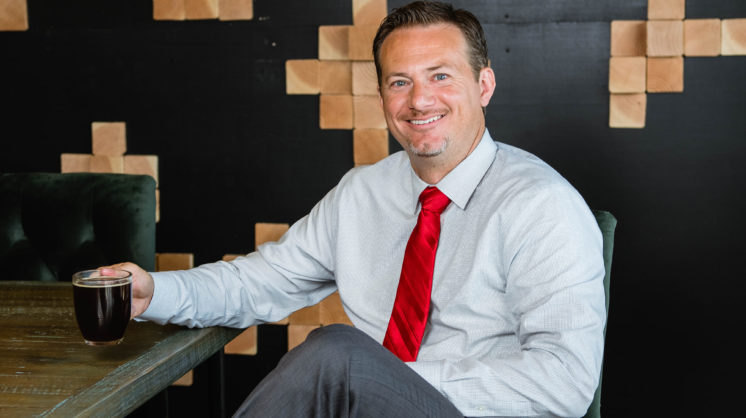 Life is always a journey, and journeys are defined by stories. Michael Cloud’s journey led him to represent the Coastal Bend in the halls of Congress this summer, and there were plenty of stories along the way. A year ago, he was relatively unknown in Corpus Christi; now, he’s a congressman.

Republican Representative Michael Cloud has balanced being a husband, father, and a self-employed business owner with his political life in this whirlwind of a year.

The newly elected Congressman recalls joking at a campaign event. “Even my best friends are asking me, ‘How many times do I have to vote for you?’” His name has been on the ballet three different times, and he’s gearing up for the fourth and final election of the year.

The campaign trail is hard for him and his family, but his love for his country – its rich foundations and unique place in history – pushes him to continue serving. Cloud considers his work to be a small sacrifice in comparison to what others have done.

The oldest of three siblings, Cloud grew up in Virginia where his father built nuclear attack submarines. His family moved to Ohio where he attended high school and ran track and cross-country. After graduating from Oral Roberts University with a degree in Mass Media Communications, he moved to Victoria.

Michael Cloud’s interest in government and history started early. “I didn’t know growing up [that] my love and passion for history would lead to a congressional run,” he says.

Michael and his wife, Rosel, met when he was 17 and she was 15. Rosel, originally from Mexico, was on a missions tour that stopped at Michael’s church. “That began a seven year long-distance relationship,” he says.

When Michael and Rosel were dating, they would pre-schedule international phone calls and pray the connection lasted. Frequently, it wouldn’t, forcing them to wait until next time. Despite the difficulties, they married seven years later and have priceless memories. Their journey has been filled with many milestones, including the day Rosel said the Pledge of Allegiance for the first time as a United States Citizen.

Michael and Rosel are parents to three beautiful children, Ian, Zoe and Kent. Ian, the oldest, has a thirst for learning and a love of reading, science and history. Michael describes Zoe as a “take charge girl who keeps everyone on track,” a true Texas woman! Kent, their youngest, loves sports and music.

Michael became a small business owner when he opened a media services business called Bright Idea Media. Through this, he was able to provide media services for education, law enforcement, non-profits, veterans, and others.

Projects such as  “Return to Honor,” a documentary about veterans, demonstrate how Michael’s values drive the company. As the company grew, Michael also continued being active in his home church and community.

“I loved what I was doing, but I knew our nation was still in trouble, and I felt a pull to get involved in grass roots’ movements,” he says.

This pull led him to become the Victoria County Republican Chair and later represent 21 Texas counties as a member of the State Republican Executive Committee. As the 2018 elections neared, he was approached with the idea of running for Congress. Through prayer and discussion with family and friends, Michael Cloud decided to run and continues to run through one of the busiest political seasons District 27 has seen in a while.

On June 30, Michael Cloud was elected to represent District 27 in the special election and was sworn into office ten days later.

“My family and I have been to DC on vacation to study the history of our nation’s founding. When we arrived this time and I saw the Capital Dome, I thought, ‘Wait, that’s where I work now!’”

Michael remembers the day he was sworn in. “I was feeling one-hundred things at the same time. I was deeply honored and humbled by the trust people placed in me. I was excited for the opportunity to serve but also very sober to the task ahead and aware of the work that needs to be done.”

Since July 10, Michael has been extraordinarily busy. “In Washington, you get up, you go vote, you work with staff to make sure people’s needs are being met, and put together a strategy to accomplish the district’s needs,” he says.

Meeting new people and learning their stories are Cloud’s favorite parts of the job. “I get to meet people from so many walks of life, and I’m able to help,” he says. The other day, he delivered medals to a district veteran who had never received the deserved accolades. Shortly after, he had dinner with a 97-year old veteran who served in World War II, Korea, and Vietnam. “You get to meet incredibly inspirational people in District 27,” he states.

Michael attributes his success to this attitude, “Wake up every day and know it’s not about you. It’s about who you serve, and it’s about preserving our heritage for future generations.”

Cloud does the best he can to make a positive impact with the tools and resources he has at his disposal. This is what led to the opportunity to serve in Congress and is the same attitude he hopes will continue opening opportunities for him to serve his country in any way he’s asked.

While he will maintain his position in the House for the next month, he will have to be re-elected for a full term in November. However, he plans to use his time wisely and get work done while he can.

Michael emphasizes the importance of the people in District 27. “I need to hear from the people, and I need to know what the people are thinking,” he says. “My office has an open-door policy for the people of District 27. We want to hear your thoughts so we can better serve you.” 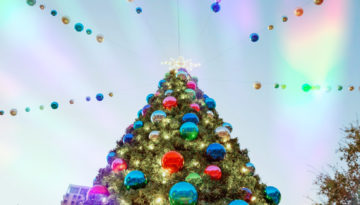