Under the Mugg's Spell - The Bend Magazine 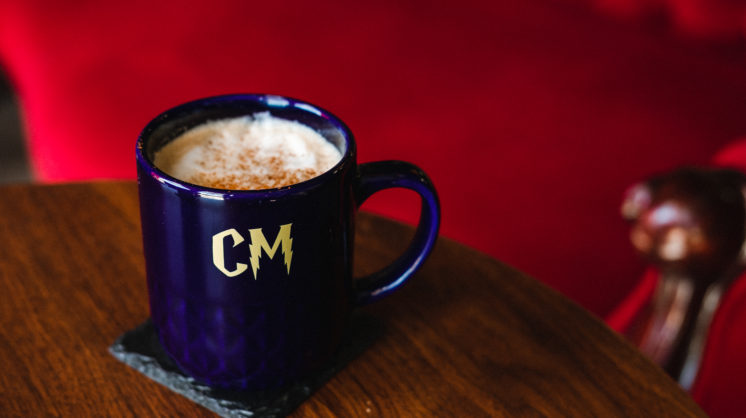 Thirsty for a hot cup of coffee and a touch of magic? Conjuring two new temporary beverages, the Coffee Mugg’s seasonal selections are in excellent taste this year. Winter may not be so harsh when you’re under the warm (or iced) spell of these coffee flavor combinations.

Susan Apple, owner of the Mugg, has a lot of behind-the-scenes fun with the shop baristas testing and tasting concoctions. The Finnegan and the Buckbeak, the Coffee Mugg’s newest seasonal drinks, were a creation of the fandom-inspired, experienced baristas, and while we don’t want to imply there was magic involved, well … we can’t really say for sure. “The Finnegan I came up with when I ordered a ton of Irish cream and I sat there with my manager, Daniel Bayardo, and was like, ‘Okay I have this idea, I know it sounds odd, but let’s make it and be honest with me,’” Susan told us. “So, we mixed the Irish cream and Cayenne pepper, as an ode to Hogwarts’ favorite Irish pyrotechnic, and some vanilla to sweeten it up and I took one sip and said, ‘The Finnegan!’”

The sweet flame of the Finnegan is a delicious contrast to the Buckbeak, which is made creamy with white chocolate, pumpkin, and a dash of cinnamon – a concoction named after a huge mythical Hippogriff who can typically be seen hanging around pumpkin patches. The pumpkin latte gets us into the seasonal mood with its aromatic notes of espresso and warm pumpkin pie.
Susan says, “I always tell my baristas, ‘If you have a drink idea, make it for me and we will go from there.’ They know I’ll always be honest with them and tell them if I like it, and if they don’t, I’ll tell them. Everyone has each put in a drink idea or two and I love that they feel comfortable enough to be creative!” Team creativity is also responsible for the Coffee Mugg’s successful seasonal drinks of the past – drinks that the team has decided to keep on the menu permanently, such as the Pan de Polvo (sugar cookie) and the Ugg Boot.

“I named it [as] a subtle dig at the PSL (pumpkin spice latte) fandom,” Susan jokes about the Ugg Boot drink. “I knew everyone was going to come out with PSL so we changed it up – no pumpkin flavor in this one – and now it’s become quite the customer favorite.”
The Coffee Mugg’s menu is full of unique ways to get your coffee fix in, from our favorite seasonal drinks to popular menu items like the Mad Eye and the Severus. Visit the curious and quaint shop (and don’t forget to take a picture in front of their mural while you’re there).
Contact:
1112 Morgan Ave  |  @thecoffeemugg_
Share