The Roamer's Guide to Candy Cane Lane - The Bend Magazine 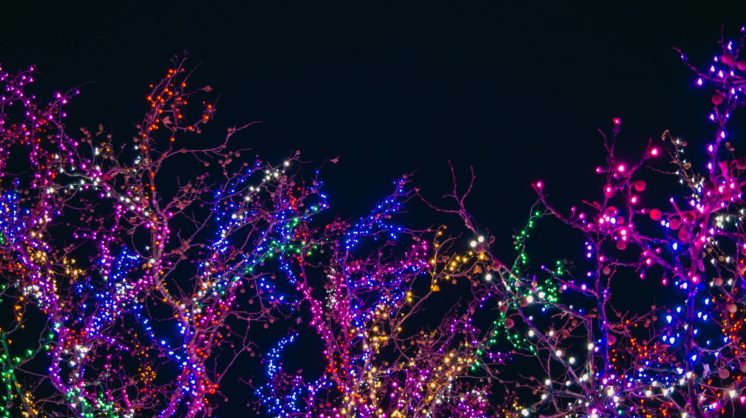 We can’t really describe exactly the spirit of Candy Cane Lane, because it’s so different for everybody; but, we’d say there’s something so warm about all those glittering string lights, even in the chilly weather.

Since December 8th, Schanen Estates neighborhoods near Everhart Rd transformed into a staple on our holiday bucket list. The free event has grown to become a local tradition, and we’re all excited to see another year of memories under a hue Christmas of lights.

For this event, you’ve definitely got time to stop and sniff the candy canes: every day until Christmas, from 6 P.M. until midnight, all participating neighborhoods will have their lights and displays up and running.

Santa’s also going to be in attendance: and with him he decided to bring live music and food trucks (thanks, Santa!).

Roaming is encouraged, as no one ever said they didn’t like getting lost in a literal winter wonderland. With roughly 5 blocks of glistening displays, you’ll want to give yourself time to explore for about an hour or two.

The front yard displays are as grand as always and a lot of them have a theme, which makes shuffling on the chilly sidewalk worth it, especially with a buddy.

A tip from the event organizers this year is to park AWAY from neighborhoods and instead make the rest of the trek on foot, using an Uber/Lyft, or a scooter. The best way to take everything in is on foot, although it might be chilly; but hey, that’s what Christmas sweaters are for.

Until December 18th, organizers have also added a toy drive to this event. Unwrapped toys can be dropped off at 6022 McAlpin Drive and on O’Malley St, where soldiers from the Youth Heroes of The Guard will be waiting for pick up. This years’ toy goal is 1,000 and they’ll be directed to Driscoll Children’s Hospital patients.

Best places for selfies? We’ll be honest: the classic is under the lit-up archways. Those NEVER get old. Taking a selfie with Santa is a given, this guy only comes into town once a year! Those huge candy canes make a great side-piece to an outfit showcase, and of course, huge inflatables are cute for a gag photo.

As always, make sure to mind people’s yards, and offer to take photos for others.