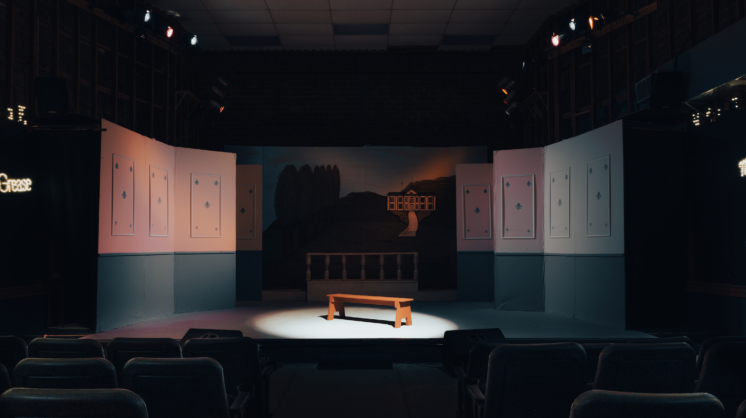 There are 24 hours in a day. Usually, they’re split – and hopefully somewhat balanced – among sleeping, working, eating, grooming, running errands and personal time. But for the Rialto Theater, located in Aransas Pass, all 24 hours will be devoted to creating a production for their 24-Hour Play Festival happening this month.

Russ Walker, the director of the Rialto Theater, explained that writers and actors will come in on an all-call on a Friday night, then the writers will stay as late as needed in order to come up with a script. The following morning, the actors will meet with the writers, rehearse until 6:30 PM and then present the productions at 7:30 PM.

The productions are about 8 to 10 minutes long, and can be anything from straight plays to short musicals. Walker said, “It’s something different to do in the area … all the directors and people I know that operate local performing venues, I don’t know that anybody’s done this.”

He continued, “I know some people that have done it in the past, which are going to be a couple of our writers that are going to work with us. It’s something different, and something that’s just a lot of fun.” For local theater, Walker said he hopes the festival will draw more actors from different places. Being from Aransas Pass, “sometimes we’re considered the other side of the bridge, which is interesting to us because people won’t drive 20 minutes across a body of water to come to the productions,” he said.

As for the writers, the pool will include Mariah Massengill, a graduate from Texas A&M’s theater department who now attends the University of Houston in Victoria. “I’ve done similar festivals in the past, so I’d be happy to be a part of it … [Walker is] planning on bouncing some ideas off of me for that. But I’m excited to see what we can come up with, and I think it’s a really good idea for the community here,” Massengill said.

During her time at A&M, Massengill participated in a similar festival, a student-run, -written, -directed, and -produced play festival. “I think it’s really great, it’s a more casual attempt to get into writing or trying to get people involved, where they might be a little [less] intimidated at the concept of it. So I’m hoping the same goes for here at the Rialto Theater,” she said. “For me, as a writer, I definitely go into these things with some sort of my personal experiences and things I know that I would like to talk about in some type of way. They follow me everywhere I go in my writing. And so I’m sure something will work its way in.”

Massengill said she isn’t sure what she’ll be writing about, as typically the subject matter is revealed on the day itself, so that everyone is on an equal playing field. “That’s part of the fun; just seeing what you’re handed – and sometimes it can be pretty wacky – and just making it work,” she said.

Overall, the goal of the festival and the productions it will create is to further explore the relationship between writers and actors, and to push people out of their comfort zones. With the hopes of encouraging locals to tap more into their theatrical side, The Rialto’s 24-Hour Play Festival will not only serve as a vehicle for the theatre to interact with the community in a creative way, but will also help spark innovative and imaginative fun along the way.