The People of The People's Market - The Bend Magazine 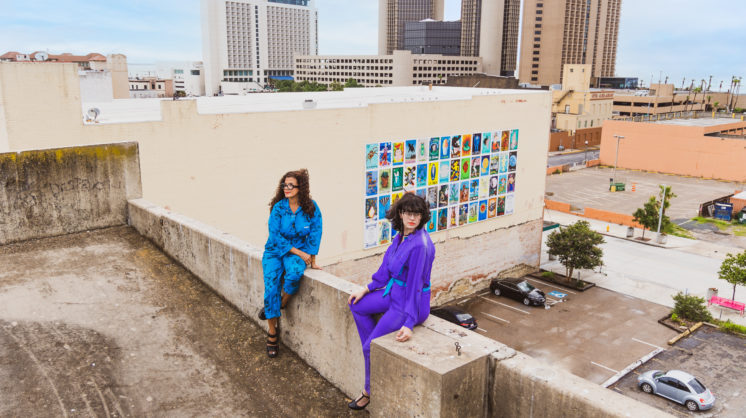 Dating back as far as the 1920s, Downtown Corpus Christi was a thriving, hustling, and bustling area. After The Port of Corpus Christi opened in 1926, the population more than tripled, making Corpus Christi the fastest-growing city in Texas at the time. But as the city continued to build outward, it paved its way into the Southside of Corpus Christi, directing the people of the city to that area and leaving little to no foot traffic in the downtown area. As the growth of Corpus Christi swells again, we are excited to see the revitalization of the Downtown area and the influx of people that comes with it.

It was around the 1940s when Peoples Street became a popular hub for a lively arts and culture scene in downtown Corpus Christi. Creativity was found on every corner. This vitality faded over the years, leaving behind lifeless streets filled with boarded-up buildings and accompanying eerie feelings among locals. Downtown was no longer the place to be, and the Southside of Corpus Christi had really taken over. But today, as the multimillion-dollar development of downtown is unfolding, we are seeing life being cast back into the iconic neighborhood. This sparked the partnership between two local entities, 20/20 Vintage and El Local Collective. Together, Monica Ellison and Sam Chamberlain plan to help bring that life and culture back to Peoples Street in the form of The People’s Market.

On the third Saturday of every month, The People’s Market is held in a parking lot on Peoples Street. Their idea is to is to bring the energy back into the area and to “recreate that bustle that Downtown Corpus Christi used to have,” says Monica Ellison, owner of 20/20 Vintage. With the community in mind, their focus is to bring in items that are baked, created, or made through local artisans.

With the market, organizers bring local makers together and offer a platform for them to sell their goods – not only to people from the community, but to tourists, as well. Local makers, vendors, artists, food trucks, live DJs, and more come together to create a unique atmosphere that benefits the community and the economy.

But co-creators Ellison and Chamberlain do not stop there; in addition to hosting the market every month, they also feature a local charity that receives a portion of market proceeds. “Our whole purpose, really, is to be by the people, for the people,” said Chamberlain of El Local Collective. “So we want to really uplift those organizations and vendors who are very local to Corpus Christi, and who are maybe just starting or who need that extra push.”

The People’s Market is always accepting applications for local artisans, vendors, live musicians, and charities to partner with each month. They are hopeful their list of vendors will continue to grow, allowing them to host as many local makers as possible – especially vendors that are making handmade, homemade, or repurposed items, as opposed to mass-produced or high-fashion items. “We want to help our environment, too,” Chamberlain says passionately. “I think we are very conscious with what it is that we are doing and how it is that we feel like we are able to give back to the community.”