The Downtown We Deserve - The Bend Magazine 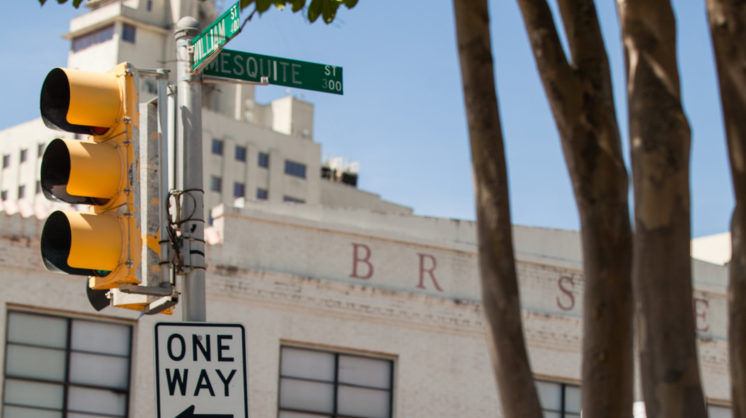 For many years, the perception of Corpus Christi’s downtown has been on the decline. Fewer people ventured downtown, resulting in lost capital and causing some businesses to close their doors. This perception is unfair, however, and increasingly proving to be untrue. Corpus Christi’s Downtown Management District (DMD) is making sure of it, most recently by following in the footsteps of cities across the country, and establishing various niche districts downtown. Alyssa Barrera, the DMD’s Executive Director, knows how much of an impact these districts will make.

“The overall focus of the project is to create a greater downtown area brand and logo, but the agency is so tuned in with the community,” Barrera said. “We want to make sure to bring everyone along with us in the process.”

Cities in the United States have relied on neighborhood identity to structure cultural districts for decades — for example, Nashville’s Music Valley or Dallas’s Victory Park. When the name of a place reflects the area’s unique characteristics, more people and businesses are drawn to that area. Cities both large and small create these districts, both to highlight an area’s history or strength and to increase possible economic development. If a certain place has a name that coincides with its reputation, it’s easier for people to think of that area when considering a future investment. The Marina Arts District will naturally attract artists and small businesses, while the Medical District will attract, well, medicine.

The DMD has employed this concept in their plans for revitalizing Downtown. Instead of a sole downtown area, there are six distinct districts: North Beach, Uptown, the Medical District, the SEA District, Water’s Edge, and the Marina Arts District. According to Barrera, the boundaries of each district were established organically, over time.

The interstate highway created an obvious boundary for the SEA District, which runs to I-37 from the Ship Channel, and is known for sports, entertainment, and arts — hence, SEA. The SEA District is home to the Art Museum of South Texas, the Corpus Christi Museum of Science and History, and Whataburger Field. North Beach is north of the of the Corpus Christi Ship Channel and features the Texas State Aquarium and the USS Lexington Museum.

The Marina Arts and Uptown Districts are south of I-37 and separated by North Upper Broadway Street. The Marina Arts District is “downtown” to most locals and is best known for ArtWalk, BridgeWalk, and the Downtown Corpus Christi Farmers’ Market. Nueces County Courthouse, City Hall, the Regional Transportation Authority, and Corpus Christi Independent School District offices are on the edge of Uptown, which serves as a business district.

Running from Kinney Street to Buford Street along Water’s Edge, the Water’s Edge District serves as one of the city’s major recreation areas. It is the site of several large festivals and a prime spot for cycling and jogging. The Medical District, which includes Christus Spohn Hospital Shoreline and numerous doctor’s offices and medical facilities, is located south of Buford Street.

Corpus Christi has a population of over 300,000, and has had a historic downtown area for decades. Since bustling, classic downtown areas with niche neighborhoods are so popular in city planning, it can leave one searching for an explanation: why hasn’t this come sooner?

As recent as 2015, city council members were ambivalent regarding the contracting of a Boston-based planning group, Goody Clancy, to develop Plan CC 2035 — a plan that ultimately included the Downtown Area Development Plan (DADP), which was the first update to the DMD’s comprehensive plan since the 1980s. According to the Caller-Times, city council member Carolyn Vaughn expressed her reservations during the deliberations when she asked: “Why did we pick a Boston-based firm, instead of a Texas firm? Because we’re Texas, we’re not Boston — we don’t do things the way they do them up there.”

Pushback and a general lack of willingness to engage with trends in areas residents may not wish to identify with is one possible explanation. However, these changes may be happening relatively late because change, by nature, is gradual. Change also needs to be incited, and it is possible that Alyssa Barrera and her predecessor Terry Sweeney were the people who were destined to incite that change.

Sweeney, the previous Executive Director of the DMD, moved to Corpus from Indianapolis — a city with six well-developed cultural districts which were established in 1999. His experience led to the rebranding of the 1993 DMD boundary into the Marina Arts District, as well as efficient utilization of the Downtown Reinvestment Zone. This Tax Increment Reinvestment Zone (TIRZ) is an effective economic tool which allows tax-collecting entities in a specific area to cap how much tax revenue they will collect. The remaining revenue is set aside for specific rebuilding and reinvestment initiatives. Reinvestment zones, like the one that encompasses the downtown area, proliferate in most major cities. Houston has 27.

“Terry came down from Indianapolis, and he knew how to use reinvestment zones,” Barrera says. “He shot us ahead light-years.” Local businesses like Urbana Market + Deli and Bar Under the Sun have benefited from the incentive programs driven by the reinvestment zone.

However, the downtown boundary created by a municipal management district — established from I-37 to Kinney and Lower Broadway to the Marina — was rather limiting. To many residents, downtown encompasses much more than that. The current DMD team is making a definitive step forward in this vision by developing the identities of these new districts, and converging the municipal reality of the downtown area with the language the community uses to refer to it.

This redistricting project is only one of many the DMD oversees. The office houses various stacks of studies, binders, and pamphlets which detail both the nitty-gritty elements of plans already underway and proposals for new ones. Initiatives already underfoot include a Parking Action Plan to improve the experience of parking downtown; a Comprehensive Wayfinding Plan to make navigating the downtown area simpler for those in cars, on bikes, or afoot; a Traffic Pattern Analysis which will bring about road configuration changes; and the Stronger Vacant Building Ordinance, which is a resolution supported by the DMD to address long-term issues caused by chronically vacant buildings. All of these initiatives will lead to more street lights (especially next to vacant buildings), conversion from one-way streets into two-way streets, and a comprehensive security camera system.

The DMD is also pursuing numerous proposals that may culminate into projects. Some of these include possible collaboration with the area’s universities to place student housing downtown, pursuit of a Pop-Up Retail Incubator Program, growth of the bike share program to 100 bikes, and possible bus service partnerships that could provide shuttle services between downtown districts.

These current projects and proposals are centered around the idea of making Corpus Christi’s downtown area a place where people would love to come and stay. The DMD’s plans go beyond convincing residents to spend more time walking around after ArtWalk or stopping by a local business after a picnic on Water’s Edge. They want to enable Corpus residents to engage with well-known, beloved spaces in a way that will convince people to continue investing in those spaces and stay in the area.

“This process and this project is very significant in our evolution: from talking about downtown’s potential to being the downtown we know we deserve,” Barrera said. “I really think the future of our community is dependent upon us taking ownership of our situation and the future of it. If people leave to enjoy the work other cities have done instead of working to make things better here, what do we have? Potential, endless potential, but no one to carry it out. Our generation has to be responsible for it and for organizing these amazing assets in a way that is understandable to visitors and future residents. So, that’s why this type of branding — bringing downtown into the format that people are experiencing across the country — is so important.”