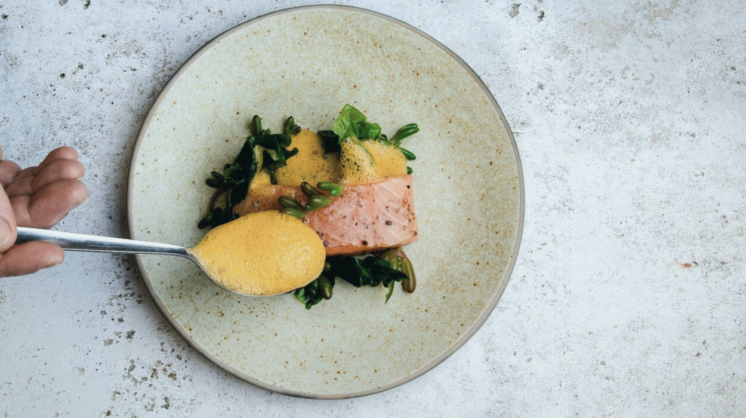 By: Editorial Team  Photo via: The Lookout at Bluff’s Landing

Look out for The Lookout

Located on the shores of the Laguna Madre, near the tip of Corpus Christi Bay, The Lookout at Bluff’s Landing brings a new and unique dining experience to the community of Flour Bluff and Corpus Christi. The Lookout believes great-tasting food evokes memories to last a lifetime, and they can’t wait to provide you with both. From what we’ve seen on social media so far, the menu seems to be filled with fresh and innovative dishes ranging from traditional seafood to fusion-filled classics. The new restaurant is set to announce its grand opening date on September 8th.

A Local Seltzer to Cap off Summer

Nueces Brewing Company has officially entered the seltzer game! The local brewery released their very own version of the unofficial bevy of summer 2021. The Mojito Hard Seltzer is a great option for cooling down after a long South Texas summer day. The seltzer sits at a refreshing 4.0% ABV and is $5 a glass!

A New Spot for Brunch

Cruzy’s just expanded their menu in a major way. The local taco spot added brunch to their food offerings and the variety of dishes look absolutely mouthwatering. You can now partake in everyone’s favorite Sunday activity with brunch items such as the Early Bird, which combines Katsu Chicken, Bonito, a fried egg, and Dashi gravy sandwiched between a homemade biscuit! Brunch hours run every Sunday from 10 AM to 3 PM and feature a mimosa bar.

The Lefthand Knives, a local punk band, collaborated with B&J’s Brew Pub on a limited edition beer named after the music group! Left Handed Knives (the brew) is a cask-released IPA sure to get you in the dancing mood. The brew was released in a small batch and is only available while supplies last.

YOLA cocina mexicana is making weekday lunch breaks even better! Comida Corrida is a traditional meal practice in Mexico. According to YOLA’s Facebook post, “The term Comida Corrida translates as a meal (comida) on the run (corrida). It’s a satisfying and well-priced option for those who want to taste the flavors of authentic Mexican home cooking.” The lunch offering starts with a simple soup and is followed by a main course. YOLA’s Comida Corrida will feature Fideo and your choice of two Taquerias or Enchiladas and black refried beans or pinto beans, rice, and house-made salsas all for just $10.

If you’ve missed dining inside the Art Museum of South Texas, you’re in luck: the new café housed inside the museum will soon be officially open for business! At Elizabeth’s at the Art Museum, guests will enjoy an all-but-mundane mix of Mediterranean-inspired cuisine. The restaurant hosted a series of soft-opening tasting events last week and will soon open up reservations to the public.

Local smoothie and nutrition drink spot Impact Nutrition just released a whole new menu! While you can still order your favorite smoothies and shakes, you can now also grab a variety of new healthy bites and sips. For instance, you can now turn any of your favorite shakes into a waffle flavor with their “make-it-a-waffle option” or try out one of their new smoothie bowls filled with fruits, granola, seeds, and more