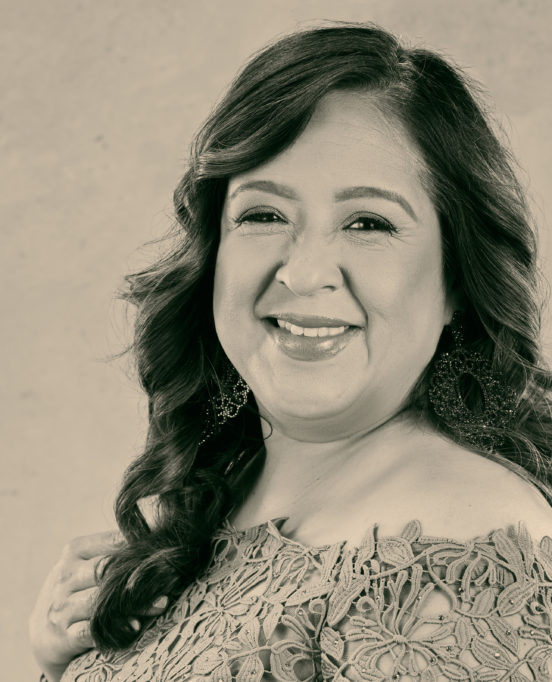 For Rosie Torres, everything changed by the all-too-common military practice of burn pits — in which hundreds of tons of waste (including dangerous chemicals) are destroyed by being set ablaze, often with severely hazardous effects on the health of any personnel nearby.

Torres’ husband LeRoy served as a Captain in the U.S. Army for 23 years, and over time, after being exposed to toxic fumes during his service in post-9/11 Iraq, he began suffering from breathing complications and neurological damage. The onset of these symptoms, which were later diagnosed as Constrictive Bronchiolitis and Toxic Brain Injury, have lasting impacts not only on the life of the service member, but on their family’s life as well.

This was no different for the Torres family; after getting the runaround from physicians, delays in benefits and denial of health care in some cases, they were determined to make sure no other service member had to endure a similar experience — one of feeling invisible. It was then they decided to start a non-profit to protect veterans and their families from this incredible disservice, and Burn Pits 360 was born.

Burn Pits 360 is the only nonprofit organization dedicated to offering an independent burn pit exposure registry. The registry, which was signed into law in 2013 by President Obama, serves as a way for family members to record the names of veterans who served our country but have passed away from illnesses related to toxic injuries suffered as a result of burn pits.

Since its inception, the organization has built an alliance of health experts, researchers, scientists, legal experts and doctors specializing in deployment-related exposure in an effort to bring the serious effects toxic chemicals have on veterans’ health to light. Their advocacy is rooted in evidence. The invisible wounds veterans face upon exposure include injuries to the respiratory, gastrointestinal and cardiovascular systems, chronic pain, certain rare cancers, Post Traumatic Stress and Toxic Brain Injury.

“Rosie Torres is an American hero and treasure. Her commitment to Burn Pits 360’s mission has significantly aided in raising awareness and providing resources for veterans suffering from toxic exposure-related illnesses. Even when all hope appears lost, Rosie’s determination is unwavering. I truly believe the hand of God is on this wonderful woman. I’ve never known a fiercer warrior, and I am privileged to know and work with her.”

Will Wisner, board member/friend

Torres couldn’t bear to see her husband on oxygen every single day without taking action. And for the 13 years since Burn Pits 360’s inception, Torres says every forward movement, as well as every step back, has been worth it.

“It took years and years of us spending and exhausting our life savings to get the answers we needed,” said Torres, but “it has been worth every minute, every hour, every day.”

The Warrior Support Center, which serves as Burn Pits 360’s national headquarters, is a place of refuge for veterans suffering from toxic injuries. Its new Warrior Hope Network HBOT program aims to provide veterans with a network of resources they can use to find alternative treatment options that may not be available to them through the VA at zero cost; and the organization recently partnered with Grunt Style to deliver 12 veterans hyperbaric oxygen therapy chambers that, over time, stimulate the body’s healing processes and allow most patients to experience rapid recovery of cognitive and neurological functioning.

Torres’ dedication to advocating for veterans is finally receiving the long-overdue attention it deserves. In late July, Torres and Burn Pits 360 allies spent six days outside the U.S. Capitol advocating for the PACT Act to pass in the Senate. In late August, President Biden officially signed the PACT Act into law, with the Torreses proudly standing by his side. The PACT Act is a historic piece of legislation that will expand VA health care and benefits for veterans exposed to burn pits and other toxic substances. This new law empowers the VA to provide generations of veterans — and their survivors — with the care and benefits they have earned.

Torres might not consider her nonstop advocacy as “philanthropic work,” as she truly feels it is what she’s been called to do. Her professional background working for the U.S. Department of Veteran Affairs for 23 years made her the perfect champion for this cause. The recent triumph of the PACT Act is a result of the years of hard work Burn Pits 360 has put into this cause, but she knows the work doesn’t end there. A true humanitarian at heart, Torres is already actively working on the next milestone goals to ensure proper care and access are given to those who have fought for our freedom.