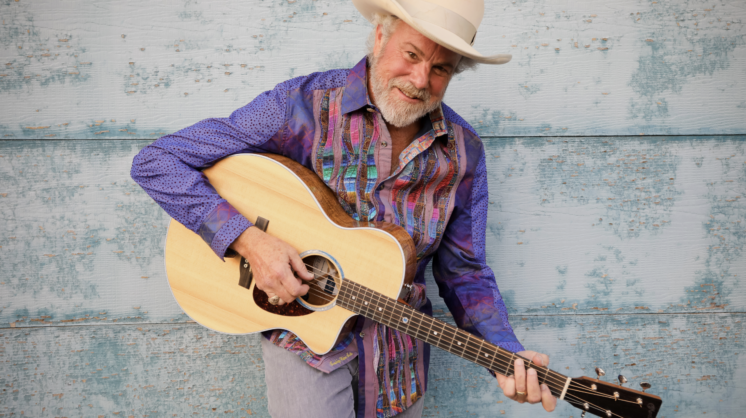 For 40 years, Robert Earl Keen has been hailed as one of the Lone Star State’s finest singer/songwriters. This week, the entertainer will take his rightful place among the stars on The South Texas Music Walk of Fame as an honorary member.

The South Texas Music Walk of Fame was established in the Water Street Market in 2004 to honor musical artists who represent a wide diversity in musical traditions from Tejano to rock-and-roll to the country to jazz. The stars etched at the Walk of Fame are handmade by artists at the local ceramic art company Aloe Tile Works, with the name of the honored artist in the center of the star. Musicians recognized by the South Texas Music Walk of Fame have achieved national and international fame.

This Thursday, August 4, Robert Earl Keen will be the latest addition to the Walk of Fame as an honorary member. While Keen was not born in Corpus Christi, he visited our sparkling city by the sea in the early 90s and returned many times before finally moving here to work on the oil rigs with his brother. It was our coastal city that inspired Keen’s hit song, “Corpus Christi Bay,” in which he talks about having a tab at every bar, working at the rigs until midnight and hanging out on the seawall.

Keen’s success has earned him entry into the Texas Heritage Songwriters’ Hall of Fame, the BMI Troubadour Award, the Texas A&M Distinguished Alumni Award and the Texas Cowboy Hall of Fame.

Earlier this year, Keen announced his farewell tour, I’m Comin’ Home: 41 Years on the Road, with a stop in Corpus Christi on August 4 at Concrete Street Amphitheater at 8 p.m. The Walk of Fame ceremony will take place the same day at 5 p.m. with a private event on the patio at Executive Surf Club. The singer/songwriter will also receive the honor of having the Surf Club’s soon-to-be renovated stage named after him. The “Robert Earl Keen Singer-Songwriter Stage” will celebrate the musicians’ performances in Corpus Christi throughout the last four decades.