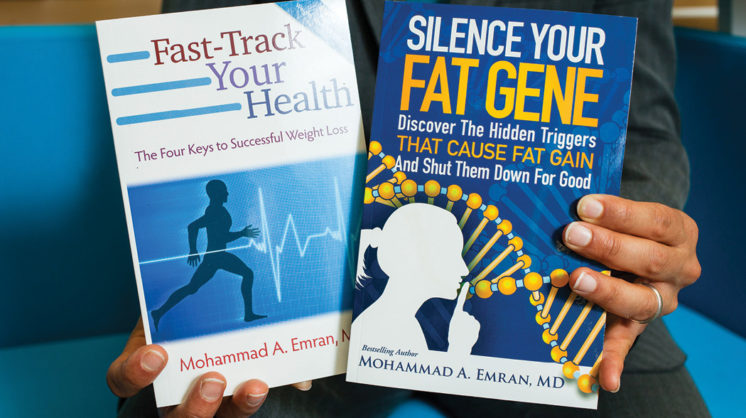 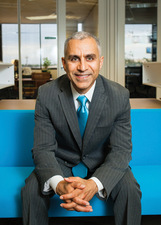 Some ways to lose weight have nothing to do with the gym. This fact leaves many feeling frustrated when they’re unable to shed pounds even though they are eating better and exercising more. That’s exactly why Dr. Mohammad Emran, a pediatric physician at Driscoll Children’s Hospital, was inspired to write a groundbreaking book called Silence Your Fat Gene.

The idea for Silence Your Fat Gene came while Dr. Emran was treating a staggering amount of pediatric obesity patients. An issue he constantly saw among his patients was that weight stayed on or came back, even after weight loss surgery.

“Even when people were eating healthier and exercising more than ever before, some plateaued or continued to struggle with their weight,” Dr. Emran reflects.

Dr. Emran knew it was time to do something. So, he began to research what caused this and it led to some big discoveries.

“We are exposed to certain types of food, lighting, temperatures, and a host of other factors on a regular basis that actually turn on fat genes,” he says. “We have sabotaged the natural weight gain mechanisms that every single animal has to gain weight when preparing for winter.”

He also found that when these signals are turned off, weight can come off.

Silence Your Fat Gene helps readers “discover the hidden triggers that cause fat gain and shut them down for good.” In his book, he lists many of these factors and how we can repair them. One such way is as simple as turning up your AC.

“One of my favorite tips is that the temperature you keep your home determines what you eat and how much you eat.” Dr. Emran explains, “If you keep your air conditioner below 76 degrees, you are stimulated to eat about 20% more, and it will make you want to eat more carbs.” 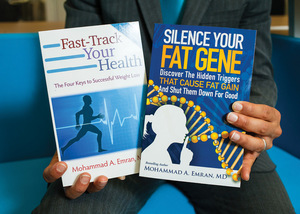 This life hack is a triple threat: it shuts down the natural response of storing fat for winter, revs up metabolism, and will save a few bucks on the electric bill. When this tip, along with many other concepts, are applied to his patients, the results are outstanding.

“The whole goal was to put myself out of business, and I did that,” he says. “I don’t do surgeries for weight loss anymore.”

Another big difference in his methods was to not just treat the individual, because as he explains, “we ultimately didn’t make that big of an impact because the rest of the family was not involved.” That’s why efforts begin at home and with the whole family getting involved.

Another trick for the whole family to use is to plan to pay in cash at a restaurant because, as he explains, “when you pay with credit card, you are likely to eat 25% – 50% more than if you were to pay in cash.”

It’s these types of simple techniques that can rewire your body and retrain your brain to stop gaining weight. Because when it comes to weight loss, Dr. Emran knows that it is influenced by more than just diet and exercise or even surgeries. That’s why his way to lose weight is multifaceted, too.

Those looking to conquer their health, weight, and those New Year’s resolutions, should head to Amazon or Dr. Emran’s web site for a copy of Silence Your Fat Gene:

More than 1.9 billion American adults were overweight and 650 million were obese in 2016. Globally, over 41 million preschool children are considered overweight.

Studies have shown that exercise is responsible for only 25% of weight loss.

The World Health Organization reports that there is a link between supportive environments and the prevention of obesity.