Q&A With Musician and Producer, Kollin Reynolds - The Bend Magazine 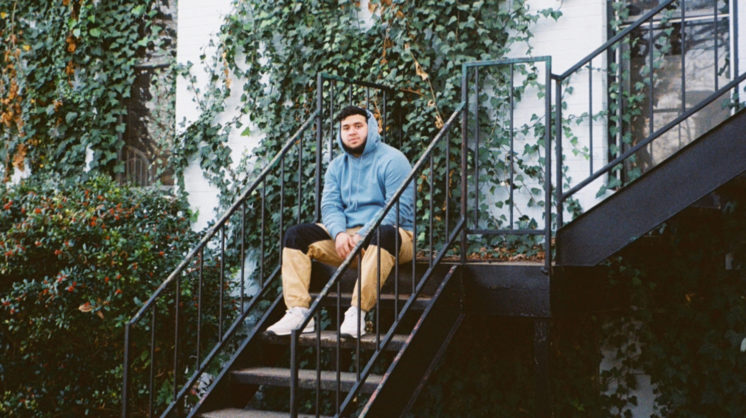 *Insert trope of how 2020 has not played out how anyone imagined. * However, the fact remains that since March our conduct and state of production has taken a turn. For better or worse is open for self-interpretation. But this state change should not shed any light away from people doing their best to continue striving towards their dreams.

Kollin Reynolds is a Corpus Christi native based out of Austin, Texas. When he is not working at his day job, he is incessantly working to perfect his craft. Reynolds is a musical artist and producer with earnest intentions of sharing his work with people. Since middle school, he and his longtime friend and working partner, Francisco Rosales, have had their hand in music. From producing parodies of then-popular songs, to producing their first album together with an iPhone, iPhone headphones, and the silence of the back of Reynolds’ car – the passion for music is self-evident.

On July 30th, 2020 Reynolds released a sample pack full of beats for musicians to use pro bono, which will be available at the end of the article. A free sample pack of original compositions he created for artists, producers, and DJs who may need some creative lighter fluid for quarantine induced creative blocks. More about Reynolds’ recent project, WFH (Work From Home) work ethic, and inspiration can be found in our conversation down below.

What made you want to release this sample pack?

Honestly, man, I was uninspired to create. It made me think of all the artists who were going through the same thing and ironically, that reinvigorated my drive because it felt like I was creating with a purpose. I wanted it to be as easy as dragging and dropping a .wav file into your session to establish some momentum for a producer, giving them something to build upon; a foundation. Sometimes that can be the difference between stalling out and making a record.

Since all of it is originally composed, I wanted to make it free to download and 100% royalty-free. Meaning, I don’t want your money, I don’t want production credits; I just want you to follow through, make a smash record, and get your coins from your song. Seeing people win is a win for me.

What can we expect when downloading the sample pack?

Bro, it’s so hard to give people a description without sounding like such a nerd but basically, you can expect 70’s and 80’s synths and bass. Some chord progressions that range in dynamics but are still rich in character, some leads that are driven with analog saturation, and some signature glitch percussions. I tried to make all the samples individually appealing with just enough intricacy to intrigue, but not enough to deter producers from building upon them with other instruments. I hope I did that.

Also, you can expect the samples to be gain staged, mixed, and split for easy looping accessibility and they’ll also include the key and bpm for each individual sample. It all seems extra, but I wanted to do all that to make creating possible for producers of all skill levels. It’s just more convenient for people too.

Do you have any other projects coming out?

As far as sample packs, I have a whole other one prepared to drop. But I may stash it in the archive and save it for a later time. Right now, I’m focused on mapping out new releases for Route40. Midnight Navy, [a Corpus Christi native musician], and I recently spent a full week getting back to the roots and just creating. We have a few cool joints together that I’m excited to finish, but I may be more excited about some of the tracks that I produced for him. They had a different energy and due to the strength of those demo tracks, we started talking about me producing an EP for him. I need y’all to go spam his page about making it happen ASAP. It’s time to get some more music out there.

How have you been staying busy or working towards a goal during quarantine?

I’ve really tried to take advantage of the time I have of being home and hone in on the craft. I basically make music all day until I feel like I need to get out of my room and do something else. So I’ll usually put some time into exercising, watching Ozark, or progressing my candle line. I’ve been working on solidifying some original scents for about a year now, so be on the lookout for those in the near future!

Has the pandemic helped you with allotting time towards your music?

100%. It’s so weird, man. I’ve had conversations with some friends expressing how I’ve felt guilty for capitalizing on a worldwide pandemic. As someone who is relatively introverted, I have been in my room all day working on improving my art, as crazy as it sounds, I love it. It’s a blessing. Whether it’s writing, producing, recording, or engineering, it just makes me genuinely happy to feel like I’ve learned something new or gotten just a little bit better at the end of the day. So yeah, it’s been great. It’s reassurance that this is absolutely what I want to be doing for the rest of my life.

Have people been reaching out to you for production opportunities?

Yeah man, unfortunately, I’ve had to decline some inquiries just because I have other things in the works. Whenever I collaborate with somebody it’s important to me that we have some sort of established relationship. I want to know them as a person, as an artist. I want to know their music, their catalog; I want to be familiar with their style, their cadence, their delivery, etc. That way we find a solid medium and make something that feels right. Most importantly, I want to give each project I work on the respect it deserves. When you rush things you run the risk of having that translate into the music and I’m not with it. I’d rather respectfully decline until a later time than to give someone a rushed effort.
Which artists are on your radar? Who are you listening to? Are there any visual mediums (movies, music videos, art, etc.) that help with inspiration? Oooff, let’s do just a Corpus Edition because there’s mad talent here that needs more credit and representation:
Midnight Navy – “3M (Too Low)”

Lastly, I heard some unreleased Pastel Red and they have some heat coming. But yeah, I’m a fan of all these artists; they’ll stay on my radar.

I love watching music videos and movies to get locked in. The first thing that comes to mind that inspired me recently was the show “Insecure” on HBO, it had some great shots and the scoring was top tier. I binged it, it was so good.