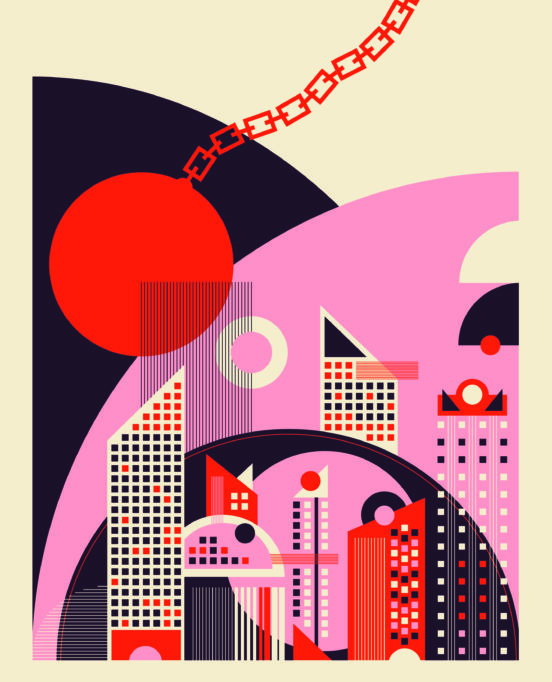 The historic buildings we enjoy, around the world, across the nation and right here in Corpus Christi, did not survive by pure luck. They survived because they were valued — because people decided over and over again through their history these were places that mattered and should be cared for. Often, it’s the realization that a building matters not just to its owner, but to its community, that ensures its survival.

Historic structures are visible signs of our city’s growth and progress through time. Corpus Christi has a lot of history to be proud of, but several cases of neglect or demolition of much-loved buildings overshadow the ones whose fates still lie in our hands. There is work to be done to make sure buildings and spaces deserving of preservation survive, and furthermore, continue to serve the community for generations to come.

Cities can either sit back and let buildings age into oblivion, or they can proactively put into place ways for citizens to recognize, honor and preserve the places that matter to them as a community. This May, Corpus Christi did the latter. City Council approved the City of Corpus Christi’s first Historic Preservation Plan since 1992 to guide us into a new era of historic preservation.

Corpus Christi and Nueces County are part of the Certified Local Governments (CLGs) program through the Texas Historical Commission. The CLG program empowers local governments to maintain preservation programs, including eligibility for grant funding and resources to help their communities. Several CLG grants have been awarded locally in recent years, including support for the Old Bayview Cemetery National Register nomination, a Historic Sites Survey to document existing historic buildings in a portion of downtown and the work to produce the Historic Preservation Plan itself. These projects happening back-to-back are evidence of the momentum building in Corpus Christi’s historic preservation movement.

Starting in 2019, city staff and Landmark Commissioners worked to prepare the grant request outlining the substantial need for an updated preservation plan. The city’s more recent planning documents — including 2016’s Comprehensive Plan, Plan CC — tasked the city to support reuse of historic buildings, but did not provide a roadmap for doing so. While multiple buildings had been recognized through listings such as the National Register of Historic Places in recent years, including the Galvan Ballroom in 2015 and the 600 Building in 2016, it had been 15 years since a new local landmark had been recognized before those comparatively recent additions.

It wasn’t for lack of deserving spaces, but because there isn’t a general understanding of the process and benefits of being declared a landmark. There are also widespread misconceptions about historic preservation, such as that it will not allow building updates like new paint and windows, when in reality it is just a matter of communicating these updates and choosing solutions appropriate to the historic structure.

A new preservation plan to lay out the path for more citizen engagement in and support for the preservation of Corpus Christi’s history was very much needed — before more historic sites are lost to time.

“The adoption and implementation of a new Historic Preservation Plan is necessary,” said Landmark Commissioner Madeleine Fontenot. “This is the first step in ensuring the places that matter in Corpus Christi get the attention and protection they need. It is vital that we do the work now to preserve history and those spaces for future generations. Seeing the progress gives me hope for the future of our city through the preservation of our past.”

Hundreds of citizens were involved in the plan, which was written by McDoux Preservation, LLC. Public meetings were held, interviews were carried out with stakeholders and a review of the current and past state of preservation in Corpus Christi was completed. Most importantly, the process of researching and writing the plan got people talking about preservation in a positive manner as they looked to the future, not back at buildings we had lost in the past.

Since last fall, there have been three local landmarks added to the registry, including City Bakery (808 S. 19th St.), Boarri (817 S. Staples) and the Todd-Budd House on Park Avenue. In each case, the owners of the buildings stood up to say that their space was something special within the community and requested the designation from the City of Corpus Christi. The Landmark Commission, Planning Commission and City Council all review and approve each change of zoning to designate a local landmark.

Elias Castillo is the fifth generation of the City Bakery family and after researching the family bakery’s story, he became more convinced than ever it was deserving of recognition.

“There were community outreach events at the bakery for the League of United Latin American Citizens (LULAC),” he explained. The local landmark designation “solidifies the bakery’s place within the community and as part of Corpus Christi history.” Castillo recognizes that “Corpus Christi is changing and progressing” but pursuing landmark designation allows the bakery to take part in “providing stories and providing this history to merge history with new business” as we move forward.

It takes engaged citizens to weave historical structures intentionally into the fabric of our 2020s community. Historic preservation for many years focused on the architecture and not on the stories, but the decision about what to preserve is about much more than a physical structure.

The Historic Preservation Awards, presented by the Corpus Christi Landmark Commission, highlight the forward momentum the city’s preservation movement is experiencing. The awards, presented each May during National Preservation Month, celebrate the rehabilitation and revitalization efforts made by various local entities.

“Corpus Christi has a long and storied history of resiliency and preservation. Recently, projects and organizations were awarded for exemplifying best practices in historic preservation, including ButterKrust Storage LLC for the rehabilitation of the historic ButterKrust Bakery building and the Naval Air Station-Corpus Christi for its dedication to retaining and preserving significant World War II-era buildings,” said Corpus Christi Mayor Paulette Guajardo, who supported the passing of the new plan. “These tangible symbols instill a sense of pride and cultural identity in residents who see and occupy them, connecting them to their city’s greater place in history.”

Today, preservation professionals work to recognize the places that matter — the places where community is built and where a community’s history takes place. Sometimes, that’s a place like City Bakery, where a family’s recipes become a cornerstone of the neighborhood. Other times it’s a home typical of a period from another century, like The Merriman-Bobys House in Heritage Park, built in 1851, where the injured were treated during the Civil War; or a grand example of architecture like the 1893 Victorian-era Queen Anne style Sidbury House in Heritage Park.

The new plan states that “unsurveyed/unlisted potentially historic resources in Corpus Christi represent significant unrealized economic opportunities.” These economic benefits consist of not only tax incentives at the state and federal level for National Register properties, but incentives offered through the Downtown Reinvestment Zone (TIRZ #3) to property owners.

The Downtown Management District is working to revitalize downtown with living, office, retail and leisure spaces by occupying vacant and underutilized buildings, many of them historic. Dozens of buildings in the TIRZ#3 zone are eligible for the National Register of Historic Places and its tax advantages, and owners can stack these with TIRZ#3 reimbursement funds. These benefits are in addition to the more general economic impact of bringing a building back into service, extra tax revenue and even tourism dollars gained for the city.

This new Historic Preservation Plan calls on the city to increase its capacity for supporting preservation, but also guides the city to take action to enable community-driven historic preservation. The ball is not just in the City’s court when determining the next steps in this effort. Citizens play an important role in identifying the places that matter to the community as a whole. Much of the challenge of preservation in Corpus Christi is that people remember the times we have failed to preserve the places that matter to us. Those stories of treasures lost are why a new historic preservation plan was so needed.

What places would you miss if they were gone? What buildings have witnessed the growth of our city as we near the 100th anniversary of the Port of Corpus Christi and the business boom that followed? What do you want to survive to show the next generation? Those sites are what historic preservation is about. Those places are the ones that need to be recognized, honored and cared for in perpetuity.

The Historic Preservation Plan is a guide — it is not a list of things that will happen. Much work is ahead both at the governmental level and in the community to realize the benefits of historic preservation, the history of what makes our city special and the things we can do to preserve it for future generations while enjoying our historic spaces today.

1 10 Loaded Dishes & Drinks to Try in Corpus Christi
2 7 Things to Do in Corpus Christi this Weekend: August 19-21
3 30 Minute Meals from Farm to Table Curator Kayla Butts
4 Time to Plant Your Fall Tomatoes and Peppers!
5 Farmer’s Market Round Up
6 Robert Earl Keen Receives Honorary Star on the South Texas Music Walk of Fame
GET OUR NEWSLETTER View Current Issue 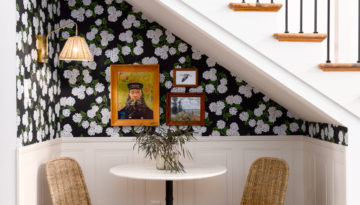 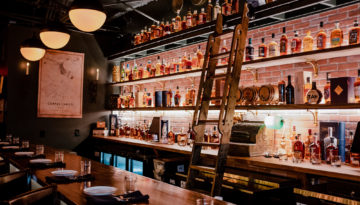 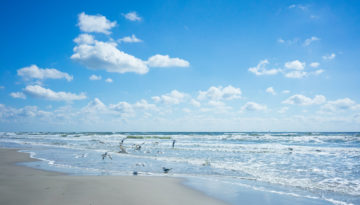 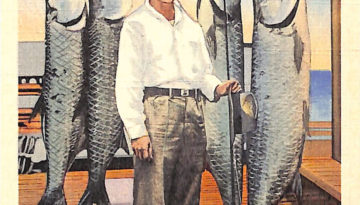