Paper or Plastic - The Bend Magazine 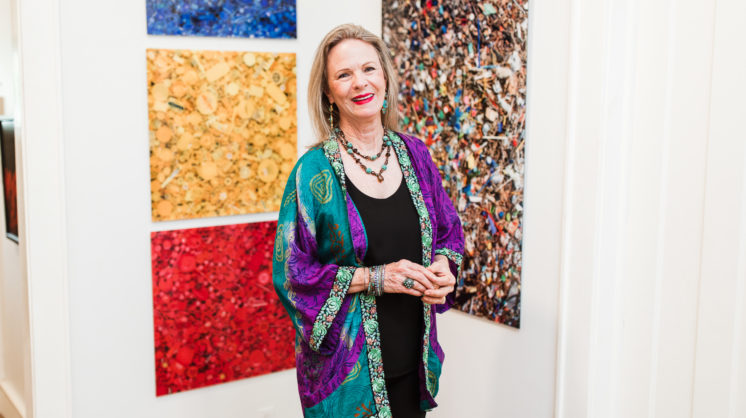 From the salty depths of the Gulf to the sprawling expanse of mesquite wonderland, the Coastal Bend has inspired many an artist with its abundance of sea life, migratory birds, native plants, and exotic mammals. In honor of The Sustainability Issue, we sat down with two local women artists whose multimedia work simultaneously seeks to honor the majesty of our planet and call viewers to action in the sustainability effort.

Born and raised in Fort Worth, Sheila Rogers owned a modeling agency for more than a decade before kickstarting a career in fine arts photography. She traveled the world to study with master artists in France, Spain, Morocco, and Belarus (just to name a few) before settling in our little sparkling city by the sea. With its miles of coastline and shell-filled beaches, Corpus Christi was a dream come true for this lifelong beachcomber.
Then, without explanation, the shells stopped washing up on shore. But their absence made Rogers notice something we are all too used to overlooking: tons and tons of plastic trash. Bottle caps in the dunes, straws tangled in the kelp, toys buried in the sand … everywhere she looked, she saw colorful, free art supplies.

And so, from garbage, she built masterpieces.

Her Oceans of Plastic exhibit at the Art Museum Of South Texas is a perfect encapsulation of her work – a fully immersive installation of colorful 3-D pieces constructed entirely of plastic debris. Fishing line chandeliers, pill bottle wall panels, soda bottle sculptures … she surrounds us with the consequences of our own actions.
Rogers’ art is pure color and beauty, drawing the viewer in with its energetic tones and shapes. Like hungry turtles mistaking plastic soda can yokes for seaweed, we bite, only to be fooled. “From a distance,” Rogers says, “the color-coded organization lures viewers into a fanciful encounter with interesting art pieces. Yet upon closer view, they are shocked to discover these worlds of art are really collections of plastic trash.” Today Rogers works out of a charming bungalow studio in the Bay Area with a beautiful jungle of a backyard and a pool house that has found new life as a plastics storage center. Inside, photographs taken by Rogers of her own work line the walls, and her current project – four exotic costumes made entirely of brightly-colored straws – stands at attention. The small kitchen overflows with jars of shells, barnacles, and sand dollars on the countertops, cabinet shelves, and windowsill. Entire rooms and storage units boast bin after bin of colorful plastic, scrubbed clean with a toothbrush and organized by color and type. Bottle tops, straws, juice boxes, Barbie shoes … the other day, she found six pacifiers and 10 lighters. And the more she collects, the more horrified she becomes by the sheer amount of plastic humans generate and then throw out. “We have created a synthetic polymer that lasts almost forever,” she says, “and we often use it to package one-time-use products.”

In one of her artist statements, for “A Plague of Plastic,” Rogers cites several specific organisms severely harmed by human plastic usage. “The Laysan albatross,” she writes, “is one well-studied example of the effects of plastic pollution on animals. Not only do the mature individuals consume plastic debris, such as bottle caps and cigarette lighters, but the birds regurgitate the plastic when they feed their chicks. The gut of the baby bird becomes filled with indigestible plastic, and the bird starves.”
From her previous exhibits at the Texas State Aquarium and Art Museum South Texas to her current plastic water chandelier installation at the Corpus Christi International Airport, Rogers is pulling a harsh but important truth to the surface. The truth that humans produce over 300 million tons of plastic each year, half of which we throw away after merely one use. “Recycling is not the answer,” she urges. “Right now, there is no market for plastic. China is not accepting it. It’s more expensive, it takes a lot of energy to process it.”

Her ultimate goal and hope? “That we – you and me – can help solve this problem by reducing our use of plastic, removing it from our beaches and natural environments, and making mindful decisions about our everyday actions that benefit our world, rather than harm it.”

If Sheila Rogers’ art reels us in with colorful beauty only to hook us with a dark oceanic reality, local printmaker Cassie Normandy’s work is a sort of microscopic look into the beating heart of the plants that surround us. Over Zoom, I asked Normandy about the role of sustainability in her art, and we found ourselves in a deeply reflective and philosophical conversation about plants. These days, she lives and breathes green. When she’s not working away in her studio, she’s reading, gardening, and engaging in an online seed mentorship program. And while sustainability is not a word she immediately associates with her work, it is there in everything she creates.

Colorful fabric monoprints, print collages, black and white multimedia (think twine, butcher paper, and salt) prints … in every piece, Cassie Normandy is showcasing her love for the propagation and continuity of natural life.
“You can never control how people interpret your work, but my hope is that people pay closer attention to these forms of life that surround us every day,” Normandy says. “We have so many narratives and we get so distracted in our own lives. I would love for my work to encourage observation and encourage appreciation.” While she doesn’t want to assume that people don’t appreciate these things already, she knows the peace she feels when she is simply observing, and wishes it upon everyone.

The bottom line? “There’s a lot we can learn from other forms of life.” And that’s ultimately what her work sets out to do.

Normandy traces her fascination with nature back to her grad school days in New Orleans, where the novelty of living alone in a new city inspired her to spend much of her time walking and observing what she calls “forms of nonhuman life.” Her curiosity sparked a hunger for information, and she inhaled book after book about plants and animals. When she moved to Corpus Christi a few years later (she followed a boy, they got married – it’s a very beautiful story for another time), she found a whole new world in our hub of migratory bird watching and coastal native plants. From the bay dolphins at Ropes Park to the plants of her own backyard garden, Normandy’s creativity has found no shortage of fodder in Corpus.

Through the seed mentorship program, Normandy has developed a reciprocal relationship with her plants. With a chuckle, she says, “I think about the fact that I love my plants and they love me back.” Admit it – stuck at home, we’ve all become a little bit more obsessed with our plant babies this year. “I’ve just so enjoyed paying attention to the phases of their lives and how they grow,” says Normandy, affection coloring her voice. “A lot of seeds start out in this generic form … they’ve got one or two little leaflets, and as they grow, they become more specific and individualized. They’re becoming true expressions of who they are.” She sounds like a doting pet owner, or a captivated mother. We get it. “It’s a naturally occurring human inclination to pay attention to other forms of life,” she confirms.

This experience of having a relationship with plants is cultivated in part by the works of Professor Robin Wall Kimmerer, an indigenous botanist whose books Gathering Moss and Braiding Sweetgrass discuss the two different ways of getting to know plants: technical-scientific study and indigenous wisdom. Studying the history of plants in North America – from indigenous stewardship to our inherited colonial attitude toward nature as a consumable resource – has helped Normandy reframe how she sees plants, not just as living things, but as fellow living beings.

“We live in this very human-centric world, and the reality is that we’re not at the center of everything,” she says, dropping bombs like seeds of realization. “We’re not the most important. Watching other forms of life helps remind us what’s actually more true, which is that a lot of life goes on without us … sometimes they flourish without us.”

All of this – every book, podcast, conversation, and thought – finds its way into her art. While printmaking is an art form often best planned out in advance (artists typically share studios because the equipment is so large and expensive), Normandy is more process-driven, not, she self-proclaims, “a printmaker’s printmaker.”

Nonetheless, her work intrigues, captivates, and ignites curiosity, appearing around the world in galleries and hotels in Corpus, Austin, Portland, Atlanta, and Tehran. At once abstract and detailed, bearing simple titles like “Of Soil” and “Of Air,” they are immensely complex visual expressions of plant life that have you leaning in, looking closer, digging deep into the images, like dirt. Normandy leaves us with this: “We are at a breaking point and we are going to have to make changes. Rather than viewing the earth as a collection of resources for us to exploit, we need to figure out how we can be better members of this really big, complicated family of life.”

And yet, small as we are in the scope of the ecosystem, it’s Rogers who reminds us of our mighty big impact when she says, “What we do on land affects even the most remote parts of our planet.”

Somewhere between Rogers and Normandy, between sculpture and printmaking, between paper and plastic, each of us can find our own relationship with our planet. We can pause, take a closer look, and listen to what our planet is telling us. 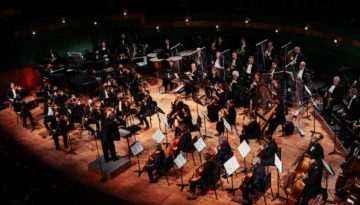 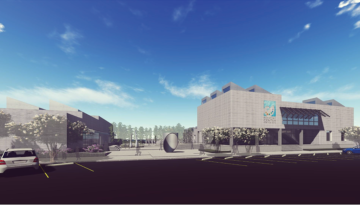 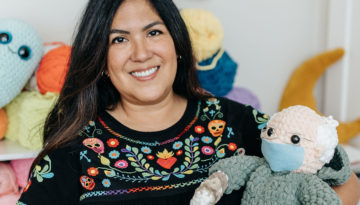