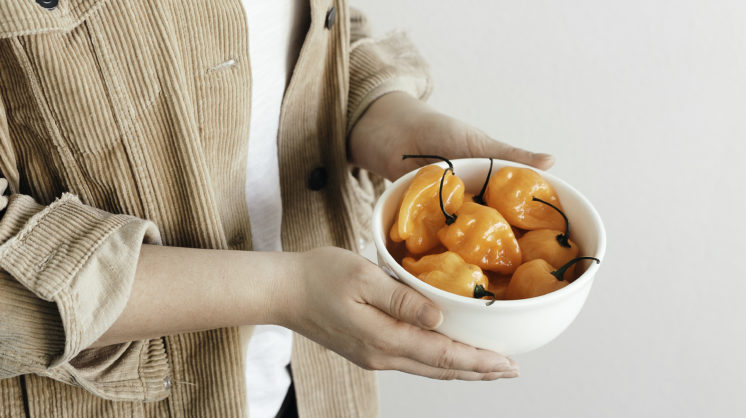 Chili peppers are native to the rugged deserts of Central America. They have been cultivated by Native Americans for more than 8,000 years, but were unknown outside the New World.

Hernan Cortez was the first European to taste peppers in 1519, in the cuisine of the Aztecs. He sent pepper plants home to Spain, and pepper cultivation quickly spread across the Mediterranean. Peppers soon poured into the extensive trading networks throughout India, Africa, and Asia.

Peppers became so popular in Asia that for centuries, scholars mistakenly believed they were native to China. Many new varieties of sweet and hot peppers were selectively bred in Asia and introduced back into the global trading network. Ironically, the English colonies in America were blocked from Spanish trade, so peppers (like tomatoes) remained largely unknown in America for nearly 300 years after Cortez.

That changed in 1812, when Thomas Jefferson received a package of pepper seeds from his friend, Dr. Samuel Brown – sent from San Antonio, which was then still part of Mexico.

These were chiltepin peppers, which Jefferson grew in his garden and served at his table. Jefferson sent pepper seeds from his plants to farmers across the country, and thus introduced peppers to the American palate.

There was soon a demand in the States for the many varieties of peppers grown around the world. Peppers finally entered mainstream American cuisine nearly three centuries behind Europe, Africa, and Asia. Habaneros were the hottest of these peppers, and a favorite of the new pepper connoisseurs.

Growing Up
Plant habaneros in early March in well-composted, well-drained soil, in a wide bed. Plant two habaneros side-by-side, then one eggplant centered, then two habaneros, following this pattern down the bed (15” spacing for all plants). Plant one Mexican mint marigold on each side of the eggplants. This companion planting design repels pests while maximizing harvest. Pick peppers when orange, or let turn red for their full heat.

Profiling
It is difficult to distinguish the flavor of habaneros because they are so hot, they taste like fire! Habaneros rate about 300,000 units on the Scoville scale; at least 20 times hotter than jalapeños. To eliminate the heat, soak habaneros in alcohol (vodka or tequila) for an hour or two. The heat transfers from the pepper to the alcohol. The habaneros will be mild, but the alcohol will have a kick…perfect for some very memorable cocktails!

Local Recs
“If you’re a fan of spicy, then you’re probably well acquainted with the habanero pepper! They are widely incorporated into different cuisines throughout the globe. Our favorite way to use this pepper is in a classic salad for a little extra kick! Habaneros can be a bit intimidating, but whether it’s cooked in salsa or chopped into pico, you’ll love the flavor and punch this pepper brings.”
— Oneida and Tony Maldonado, @frescocctx

Fun Facts
“Garlic-pepper tea” is a fantastic natural pesticide. To prepare, blend two fists of garlic and ten or so habaneros with four cups of water. (Do this outside, wearing a dust mask, in a blender dedicated to this purpose!) Pour this mixture into a one-gallon container, fill completely with water, fit with a lid, and place in the hot sun for a week. Mix one part of this concentrate with four parts water and spray on plants weekly to repel pests. 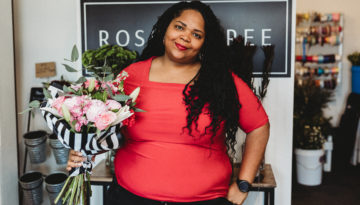 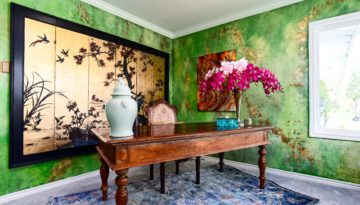